Say they will reach out to all political parties with a presence in the region.

• The trio said they will reach out to all political parties with a presence in the region to work with them on the new endeavours.

• A meeting will be held in three months to chart a way forward. 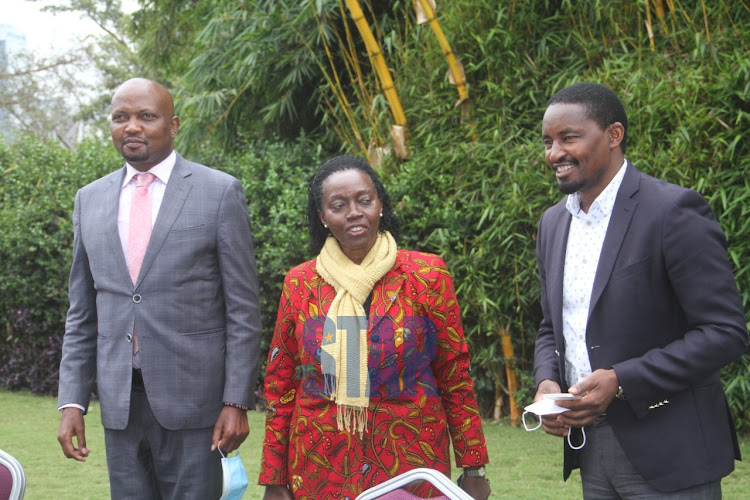 Three Mt Kenya leaders have unveiled plans for a Mt Kenya caucus to chart the region's political future ahead of the 2022 elections.

The trio on Thursday said they will reach out to all political parties with a presence in the region to work with them on the new endeavours.

They announced a meeting would be held in Limuru in three months to come up with a way forward for the region in the President Uhuru Kenyatta succession race.

In their unity of purpose, the politicians said they were committed to working together on issues affecting Mt Kenya and the nation “irrespective of our political affiliation.”

“We also commit to reaching out to other like-minded leaders to broaden the forum and deepen our unity of purpose,” they said in a statement read by Karua.

She said they will also reach out to professionals, youths, religious leaders, and business leaders to help advance the cause.

“In the next three months, the initiative will culminate in the Limuru Three conference where we would make resolutions of how to conduct our affairs,” Karua said.

Karua calls for truce between Uhuru, Ruto ahead of 2022 polls

Karua said Uhuru should bring the country together during his final term.
News
5 months ago

The lot said that much as not everyone who would join them will be of the same political persuasion, they have issues of common interest which they subscribe to.

“This is a forum not to define tomorrow's coalition – it could end up being that, but one for unity and purpose on issues affecting our region and the nation,” Karua added.

She said the next meeting “will define some of those issues that are of common interest”, but was quick to note that the individual parties would not be dissolved.

“We must safeguard our multiparty democracy by building our political parties and not killing multi-partyism which took us a long time to achieve.”

President cites poll which showed that Raila is by far the most popular.
News
2 months ago
by MOSES ODHIAMBO Political Writer
News
12 August 2021 - 15:53