• The parents, John Ndwiga and Catherine Wawira, accuse the police officers of causing the death of their children.

• "Why were they reluctant to give us the information if it was an accident," the parents asked.

Benson Njiru and his brother Emmanuel Mutura used to sell pork at Kianjokoma market in Embu East where they lived.

Njiru, 22, was a student at Kabarak University. His brother Mutura, 19, studied at Don Bosco Technology Training Institute in Karen, Nairobi.

They were out on long holidays and were making some money in the meantime.

On Sunday, they were allegedly arrested by police officers from Manyatta station for flouting curfew and other Covid-19 regulations.

After their alleged arrest, they could not be found.

The families searched everywhere for the brothers, including at the Manyatta police station, but they couldn't locate them.

On Tuesday, their bodies were found at Embu level 5 mortuary.

Their uncle Felix Nthiga said the police owned up to having transported the bodies to the mortuary.

He said they had made several trips to the station to ask the whereabouts of the university students, but the officers denied having seen them.

“We have been coming to Manyatta police station and the officers have been telling us that they have no idea where the children are," he said.

Nthiga said they learnt that the boys were arrested at Kianjokoma but their bodies were recovered at Kibugu market, about 30 kilometres away.

"It is a sad state and we should not allow such injustices to keep on happening and yet we are losing our children. I urge the government to intervene,” he said.

An officer who was in charge on Sunday night told the Star that they went on a patrol to enforce the Covid-19 measures at Kianjokoma.

There, they arrested Njiru and Mutura among other people who were flouting the government regulations.

He said that they proceeded to Kiriari and Karau areas but upon returning to the station noticed that the two were missing.

“We went and returned from Karau but on arrival to the station in Manyatta, we noticed that two were missing which forced us to rush back there. We found their bodies lying by the roadside," he said.

"I suspect that the boys jumped from the moving police vehicle while on our way to Karau," he added.

The officer, who asked not to be named, said he informed his boss who called the traffic officers to get the details of the accident before taking the two to Embu mortuary. 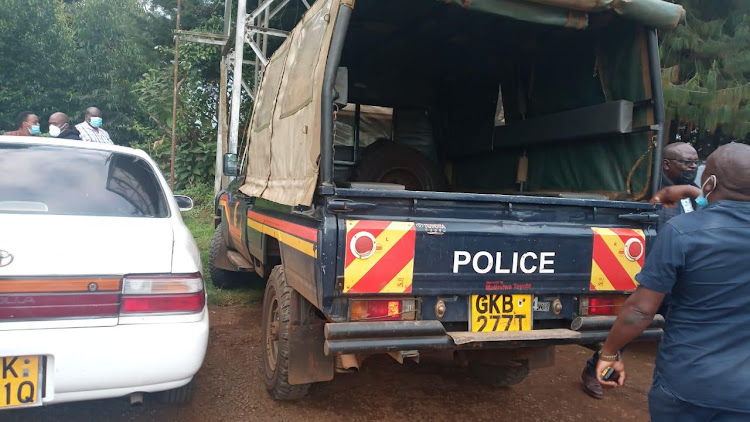 The parents, John Ndwiga and Catherine Wawira, accuse the police officers of causing the death of their children.

"Why were they reluctant to give us the information if it was an accident," the parents asked.

Interim Embu county commander Kimani Mitugo condoled the family and asked them to give any information that could help with the probe.

"This will help in the investigation if the actual death was not through accident as the officers claim," he said.

Nominated MP Cecily Mbarire urged senior administration officers to ensure they investigate the cause of death to settle the matter with the family.

“It is sad and we call for officers who arrested the boys to answer the family's unanswered questions and explain why the family was not informed after the incident occurred,” she said.

She also asked for an autopsy to be conducted to explain the cause of the boys' death.

On Wednesday, Kianjokoma residents took to the streets to demonstrate against the death of the two youths.

The residents barricaded the roads and lit bonfires, blocking business at the centre. They engaged the police in running battles for more than three hours around the shopping centre.

The residents torched the van the police were using to stop their demos.

"We are demonstrating to call on the government to improve the security of Kianjokoma market. We had invested in the future of the boys and it is very sad to see the effort their parents had placed on them going to waste," the boys' aunt Catherine Gichuki said.

Kianjokoma police boss Lucy Kamwara said ongoing investigations would unearth the cause of the deaths.

"We have been communicating since yesterday and I assure you everything that happened will come out clear and everyone will know," she said.

The family said that they will hire a private pathologist to conduct the autopsy.