Judge Ngugi said Patrick Ochieno Abachi and six others have not satisfied requirements for grant of order stopping forfeiture. 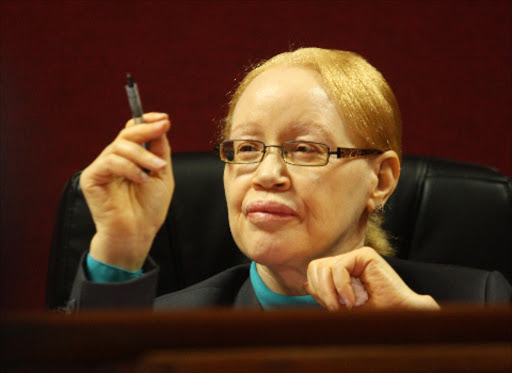 A Treasury accountant and six others have failed to stop the Ethics and Anti-Corruption Commission from recovering properties worth Sh80 million in unexplained assets.

Judge Mumbi Ngugi said that Patrick Ochieno Abachi and six others have not satisfied the requirements for the grant of order stopping the forfeiture of the properties in question.

Her decision on July 13 arose out of an application filed by Abachi and others seeking to halt the forfeiture pending hearing and determination of their appeal.

The judge noted that in order to exercise her discretion in favour of a party seeking orders of stay pending appeal, the court must be satisfied that substantial loss will result to the applicant if the orders are not granted.

“I have considered the averments and submissions of the applicants and I find that they have not demonstrated that they will suffer substantial loss if the orders sought are not granted. The orders have been made in favour of the government in respect of unexplained assets,” she ruled.

The judge noted that contrary to their assertion, the seven had been accorded a hearing and had even cross-examined the EACC’s witnesses so there was no basis for alleging violation of rights.

Abachi, Rosaline Abachi, Benjamin Abachi, Moses Oduori, Lorian Juma, Odear Nasewa Holdings Limited and Rickair Travel Agencies had said they have an arguable appeal and unless the order of forfeiture was suspended their appeal would be in vain.

They said their appeal was awaiting the appointment of a Court of Appeal bench to hear. It was crucial that the subject matter of the application be preserved to protect the integrity of the judicial process and avoid a gross miscarriage of justice.

The seven also argued the doctrine of proportionality in light of the harm to them and the fact that if the properties were sold to third parties innocent purchasers would be introduced.

One of the properties is a parcel of land in Mombasa.

They were aggrieved by the judgment of Justice Ngugi dated March 10 in favour of EACC.

The judge in an earlier decision granted the orders that funds held in a bank account subject of the application and a sum of Sh1.9 million be recovered from Abachi’s premises and be forfeited to the state.

He was asked to forfeit at least 10 parcels of land, four apartments and houses in Nairobi and Kajiado counties as well as six high-end motor vehicles he acquired in five years.