Ex-Kiambu executive distanced himself from mismanagement in former administration 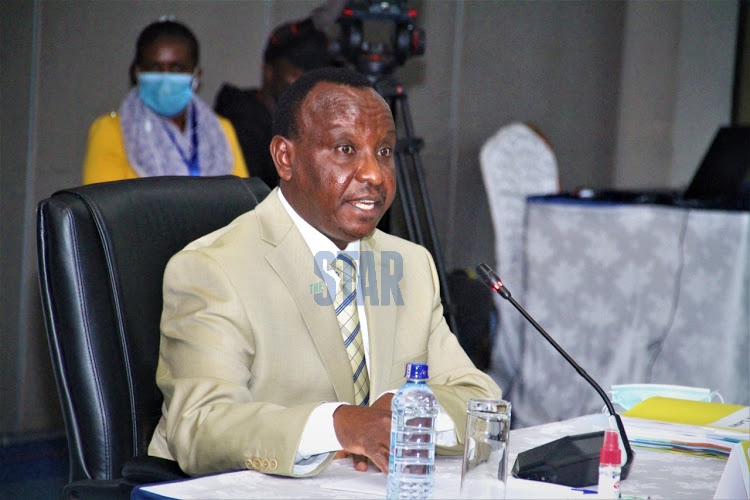 A former Kiambu County Executive Committee member seeking to be a commissioner of IEBC has distanced himself from mismanagement that marred former governor Ferdinand Waititu’s administration.

Joseph Kang’ethe, who was the executive in charge of education, told the panel recruiting four commissioners of the electoral agency that detectives never raised any audit queries with his department.

“There was one time that we were called to explain our roles but my department was never questioned about misappropriation of funds,” he stated.

Kang’ethe however concurred that some departments were not adhering to the rule of law.

“There was no scandal in my department.  We acted within the law lest we would have found ourselves in murky waters,” he stated.

The Senate in January 2020 voted for the removal of Waititu after finding him guilty of three charges which were tabled before it by Kiambu County Assembly.

Waititu was the first governor to be found guilty by the Senate.

The three main charges he faced were gross misconduct, abuse of office and engaging in corruption.

On Wednesday, Kang’ethe told the panel that if he would strive to ensure the law is followed to the letter at IEBC if he becomes a commissioner

“I will ensure for every activity, rule of law is followed to the letter. I will work for the common good of the people,” he stated.

He added that some departments remained guided by the law even when Kiambu County was in the limelight for all the wrong reasons.

“We continued to work as required and that is why the incoming county chief found a functioning government,” he added.

Kang’ethe further added that they worked for the governor while keeping in mind that they were answerable to the county assembly.

“As County Executive Committee member, I was answerable to the governor but the Members of County Assembly had an oversight role. Even when there were problems all over, I was busy giving out bursaries and pushing a Motion to cater for the salaries of Early Childhood Development Education teachers,” he explained.

Kang’ethe was also forced to explain to the panel a complaint from some residents in Kiambu who accused him of disconnecting the water supply to their estate without prior warning.

Kang’ethe however said water was disconnected by Kenya Rural Roads Authority, which was rehabilitating roads in the area.

“KERRA uprooted the pipes as it repaired the roads, not me. The complaint is from an individual who wants to siphon money from my company,” he added.