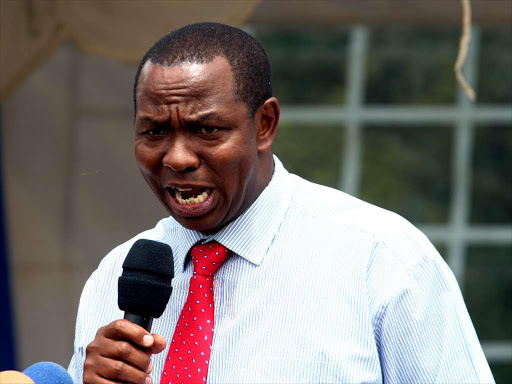 Ranch owners in Laikipia are evacuating thousands of tourists from their lodges for fear of attacks by herders looking for pasture.

Herders especially from Samburu, Isiolo and Baringo counties have been driving their animals into private property in Laikipia and leaving a trail of destruction.

Woragus farm in Rumuruti, which grows thousands of acres of food crops like wheat and maize, suffered losses estimated at Sh20 million after up to 5,000 cattle invaded the farm over the weekend.

Laikipia leaders have pleaded with the herders to stop invading private property in the region.

Muriithi said grazing agreements will help reduce conflicts in the county between the conservancies and the pastoralist communities and prevent property destruction and losses.

“The herders should enter into agreements with ranchers on how and where to graze their livestock, instead of invading private property and causing destruction. With the agreement in place, such issues as illegal herders will be easily handled,” Muriithi said.

The governor noted that for a long period of time, the ranchers and smallholder farmers had watched helplessly as herders drove thousands of animals into their ranches in search of pasture and water.

He said that the majority of local ranches had been reduced to bare land by the animals.

Lekorere maintained that only herders from the county should get into grazing agreements with the ranchers and not those from outside.

She said grazing agreements would ensure movement of livestock in a particular portion of land and access rights to the limited resources in the ranches.

“The ranches and conservancies that we have in Laikipia cannot hold livestock from the neighbouring Samburu, Baringo, Isiolo and West Pokot counties. The government should make sure that they stay in their counties and stop invading private property in Laikipia,” Lekorere said.

The MP was accompanied by Governor Muriithi and his West Pokot counterpart John Lonyangapou during the official opening of Naibor Amani Primary School in Kirimon. She called on governors from the pastoralist counties to prioritise rangeland rehabilitation.

Kaparo and Loisaba Conservancy director Tom Sylvester said ranchers were willing to get into grazing agreements with the herders to help bring sanity into the sector that was reeling from invasion by herders.

The Star has established that the management of Loisaba on Monday morning held talks to deliberate on whether to evacuate the lodge, which the herders have threatened to set ablaze.

“They have threatened to burn down our main lodge that is full of tourists. We have held an emergency meeting to discuss whether to evacuate our guests,” a senior manager at the ranch said.

Meanwhile, the government has directed herders who have migrated to Laikipia county to return to their counties.

Laikipia West deputy county commissioner Hezron Nyaberi said that they will not allow herders to invade and destroy private property.

“Private property must be respected and anyone who defies this order will face the law,” Nyamberi said when addressing residents at Kirimon.

However, ranchers and smallholder farmers who attended a security meeting in Nanyuki town on Thursday last week said that government agencies in the area appeared “passive and helpless”.

“One is aware that Laikipia is simply on the periphery of security deterioration that extends through Marsabit - where things are bad - to Moyale and, of course, Northeast to Mandera. The government needs to get a grip,” said Lucy Jennings of the Jennings Farm.