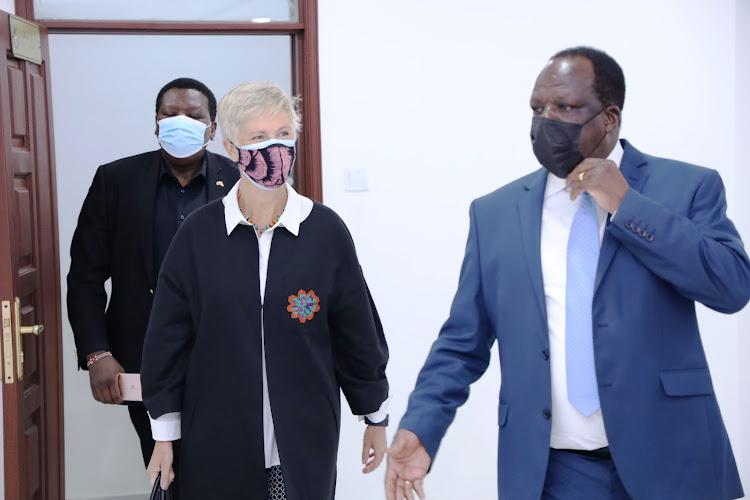 It is time for Western to stop lamenting and rethink its priorities to confront the challenges facing the region, Devolution CS Eugene Wamalwa has said.

Wamalwa said the leadership from Western has been complaining about dwindling fortunes of sugar cane farming and should now explore other frontiers.

“We have been lamenting about Nzoia and Mumias. It is time we stop and rethink our investment priorities away from sugar cane and maize farming,” he said.

The CS said President Uhuru Kenyatta will visit Western soon to commission key development projects that will shift the region's economy from over-reliance in a single crop.

He was speaking during the launching of the Kakamega county fish processing plant in Kakamega town on Monday.

He said the President will be visiting the region to launch the first goods refinery in Ikolomani and Granite factory in Vihiga county.

Wamalwa said though the government was working towards restructuring the administrative and legal frameworks for the sugar industry, negative politics will scare away investors from investing in the region.

Oparanya said the two projects will go a long way in the diversification programmes in the region, besides creating the much-needed jobs for residents.

The governor said the fish factory was a project for the Lake Region Economic Bloc, adding that the factory will provide a market for fish for the counties in the bloc.

“We have identified fishing as a viable alternative to the sugar cane and maize that have been the key economic drivers in the lake region,” he said.

The factory was started by the national government in 2009 under the Economic Stimulus Programme at a cost of Sh60 million. It can process up to 20 metric tonnes of fish daily.

He said farmers in the county can only supply 1,700 metric tonnes, which can sustain operations of the factory for 90 days.

He said the factory will be run by an investor—DAS limited—who has already invested Sh40 million in the factory and has employed 93 staff.

Ongwae said fish farmers from the lake region will now be able to supply their excess produce to the factory instead of taking them to Thika for processing.

“We have been identifying cross-cutting projects where if one county is engaged in one, the other counties have to major in something else. For example, in Kisii we are to put a banana processing plant,” he said.

Vacini said the factory will provide fish market for other counties in the region.

“The lake region has immense potential for fish production. The support the Swedish government is offering will go a long way in creating jobs for youths and women,” she said.

Wanga said LREB will hold a three-day sensitisation workshop on the available opportunities in Kakamega.