Family pleads with police to search for missing GSU officer

• Otieno’s wife, Carolyne Adhiambo said her husband had not communicated since then and his phone has been switched off.

• A joint team of officers are involved in the search and Monday revisited the Mwiki Gituamba Farm where his car was last seen. Nothing was found. 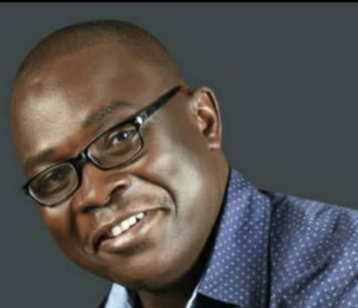 Police are searching for a General Service Unit (GSU) officer who has been missing since July 9, 2021.

Authorities say Corporal Joseph Otieno attached to the GSU headquarters had hired a vehicle for personal use which was later found abandoned within Mwiki the following day.

He was attached to the armory at the GSU. He had also served at the VIP protection unit.

According to the detectives, the officer’s phone signals were last traced around Naivas Ruaraka along Ouering Road on July 9 at around 11.13am.

Otieno’s wife, Carolyne Adhiambo said her husband had not communicated since then and his phone has been switched off.

A joint team of officers are involved in the search and Monday revisited the Mwiki Gituamba Farm where his car was last seen. Nothing was found.

The abandoned car was subjected to forensic analysis for clues and was later towed to the police station.

Kasarani Sub-County Police Commander Peter Mwazo said a multi-agency team drawn from different security agencies including the GSU, the DCI and their regular counterparts had extended the search to other parts of the city.

"The search mission was conducted around Mwiki Gituamba farm where the last car track signal was traced," he said.

The family also visited mortuaries and hospitals in the city in search of Otieno in vain.

It is not clear where he is. Some security officers and members of the public have in the recent past disappeared without a trace.

Among the missing persons are security expert and former military officer Mwenda Mbijiwe who went missing on June 17.

Another man missing without a trace is businessman Dafton Mwitiki who went missing on March 11 last year.

Two days later, his car was found along Kimbo-Kiganjo Road in Juja, Kiambu County. The probe into the incident is still ongoing.

One of the mysterious cases is the disappearance of Constable Eunice Achieng Okal who went missing on July 30 2020.

The officer is said to have been lured to Oyugis town in Homa Bay County by her estranged husband who later committed suicide in Kanyaluo, Rachuonyo South in the same county.

Officials said the missing officer’s phone was switched off around Kilgoris in Narok county.