•Owing to the tough volcanic ash soil experience at the 5.1km Loldia Shakedown on the outskirts of Naivasha town, Ogier candidly admitted that Safari is not going to be easy and one will need to be clever.

•After all the hype and bubble, the much anticipated Safari Rally Kenya finally comes alive this morning. 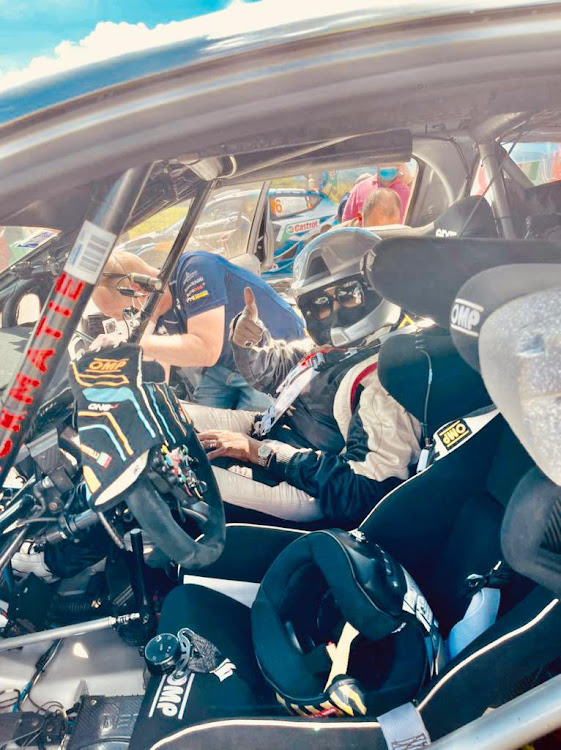 A rally car at the WRC Safari Rally Shakedown at Loldia.
Image: COURTESY

Drivers Carl ‘Flash’ Tundo, Hamza Anwar, Jeremy Wahome and McRae Kimathi have expressed confidence ahead of the WRC Safari Rally which will see drivers tackle some of Kenya’s most technical routes.

Wahome and Anwar, both 22, and Kimathi 26, are some of the youngest Kenyan drivers participating at the event as part of the FIA Rally Star programme, a global initiative that seeks to identify, train, and develop talented young drivers between 17-26 years.

Carl ‘Flash’ Tundo, a five-time winner of the Safari Rally and winner of this year’s Africa Rally Championship Equator Rally, was crowned the Intercontinental Rally Challenge (IRC) champion in 2009, making him the only Kenyan winner of an IRC round.

“I am up for the challenge and confident in the preparations we have made. I also believe our young drivers will showcase their talent and represent our country well,” Carl Tundo said.

Sh2.5 million towards logistics and Sh3.5 million to support Carl Tundo, who will be driving a Minti MotorsportsVW Polo R5, the same car that saw him clinch the 2021 ARC Equator Rally.

“I appreciate the platform and support Safaricom has given us. We will make the most of the opportunity to do Kenya proud during this historic Safari Rally. This will be a learning experience as well as a challenge on how far we can go. We are ready to go and we hope for the best,” said Hamza Anwar.

58 rally drivers including 34 Kenyan racers are set to participate in this year’s event, which will take place from today to 27th June.

World rally teams were unanimous that Safari Rally will not be a walk in the park even as they prepare to embark on the first Super Special Stage (SSS) this afternoon (Thursday) at Moon International Sports Centre (MISC) Kasarani.

Owing to the tough volcanic ash soil experience at the 5.1km Loldia Shakedown on the outskirts of Naivasha town, Ogier candidly admitted that Safari is not going to be easy and one will need to be clever.

After all the hype and bubble, the much anticipated Safari Rally Kenya finally comes alive this morning.

The legendary event returns to the FIA World Rally Championship calendar for the first time since 2002.

While touring KICC on Wednesday morning to inspect the venue where the cars will be flagged off, Sports CS Amina Mohammed, said she was satisfied with the level of preparations thus far.

And true to Amina's words, a spot check by the Star both at KICC and Kasarani revealed that the organisers were polishing their final act, with personnel busy on the ground putting final touches to all the essential structures including platforms, spectators' stands and ramps.