Solar industry players say benefits will be passed on to consumers.

• However, currently only 30 per cent of the Kenyan population uses modern, clean, and efficient cooking solutions, says the Clean Cooking Alliance, a renewable energy lobby.

• The 2019 census showed that only 50 per cent of households in Kenya are connected to the main electricity grid and 21,560 Kenyans die annually due to pollution from harmful cooking fuels. 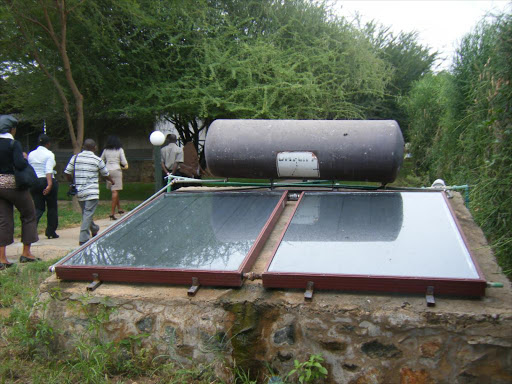 The cost of installing solar and wind power will reduce after the Treasury announced that products and raw materials will no longer be subject to Value-Added Tax.

The products were subject to 16 per cent VAT beginning July last year. The new exemptions were announced by Treasury CS Ukur Yatani in the budget speech last week. Industry players said benefits will be passed on to consumers.

“The move by the Government of Kenya is laudable as the reinstatement of VAT exemptions reduces the cost of solar products to consumers. The benefits to Kenyans are significant as off-grid electricity will become cheaper,” said Victoria Sabula, CEO of the Africa Enterprise Challenge Fund.

“The exemptions will spur business growth and employment, giving confidence to investors, producers, and manufacturers, which in turn, will have long-term positive effects on the Kenyan economy,” Sabula said.

He said the lifting of existing taxes on off-grid energy solutions will be particularly beneficial to low-income households, particularly those in rural and peri-urban areas.

The 2019 census showed that only 50 per cent of households in Kenya are connected to the main electricity grid and 21,560 Kenyans die annually from pollution due to harmful cooking fuels.

However, the CS made no tax exemptions on clean cooking stoves, biogas, bioethanol, fuel briquettes, and LPG gas.

Kenya has an ambitious target of achieving 100 per cent universal access to modern cooking solutions by 2028 as part of its commitment to achieving the SDG7 goals.

However, currently, only 30 per cent of the Kenyan population uses modern, clean, and efficient cooking solutions, says the Clean Cooking Alliance, a lobby that supports renewable energy.

However, tax on the cooking gas takes effect next month.

Players in clean cookstoves have also been pleading with Treasury to tax-exempt their products.

Burn Manufacturing, an improved cookstoves maker based in Ruiru, Kiambu county, has previously raised concerns that the VAT will significantly water down the gains made in the promotion of clean cooking.

The company fabricates cookstoves that cut fuel consumption by 50 per cent and emissions by 65 per cent. Its product brands include Jikokoa and Kuniokoa. It has markets across Sub-Saharan Africa.

Firm CEO Peter Scott recently said the VAT will lead to an increase in prices, thus making it difficult for most Kenyans to acquire clean energy cooking products.

“The decision by the government to scrap the clauses that offered an exemption to solar and clean energy cookstoves will have far-reaching effects. The numerous gains we've made so far in pushing for adoption of clean cooking solutions will be eroded,” he said.