• For the first time, Uhuru challenged the Nasa principals to unite to enhance their chances of forming the next government after he retires next year. 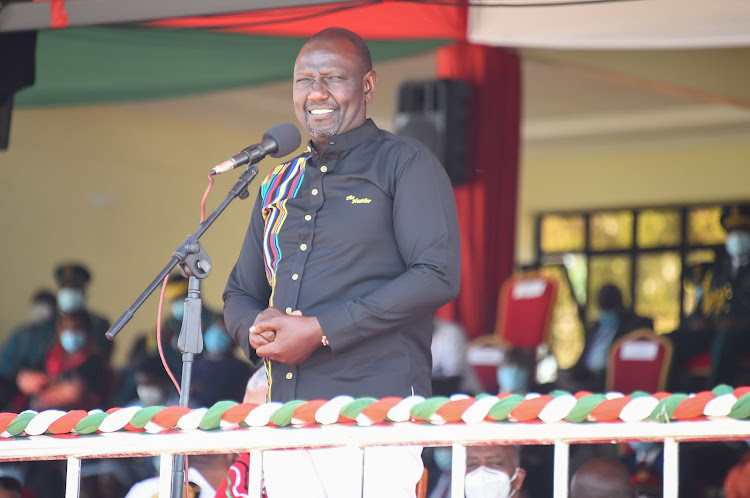 So what will happen to the eight million of us? Deputy President William Ruto has questioned the President after he declared that he will pick his 2022 successor from among the Nasa principals.

The DP was reacting to a story done by the Star where President Uhuru Kenyatta declared that he will pick his 2022 successor from among the Nasa principals if they unite and agree on a single candidate.

"None, no youth, no woman, no man of the 8M who woke up early and voted three times for UK/WsR ticket merit support? Sawa tu! Tutajipanga na support ya MUNGU," Ruto added.

For the first time, Uhuru on Monday challenged the Nasa principals to unite to enhance their chances of forming the next government after he retires next year.

It was in fact the unequivocal sign Uhuru will campaign against the second in command.

So, was the destruction/dismembering of Jubilee, a national party, meant to pave way for support of regional/tribal parties in Nasa? Now, with the collapse of Jubilee, isn't it fair for those who can't fit in ethnic parties to build UDA as an alternative national party? Ama? pic.twitter.com/viZKUFJPhW

The two are not seeing eye to eye and the President has numerously given signals that he was politically done with Ruto.

Former Bomet Governor Isaac Rutto, through his Chama Cha Mashinani, was also part of the alliance but has since joined the Ruto camp.

Speaking at State House, Nairobi, where he held talks with elected leaders from the Ukambani region, Uhuru said the unity of the Nasa chiefs will determine if they will form the next government.