Meeting was a follow up to inauguration of the OSBP by Uhuru, Ethiopian PM Abiy. 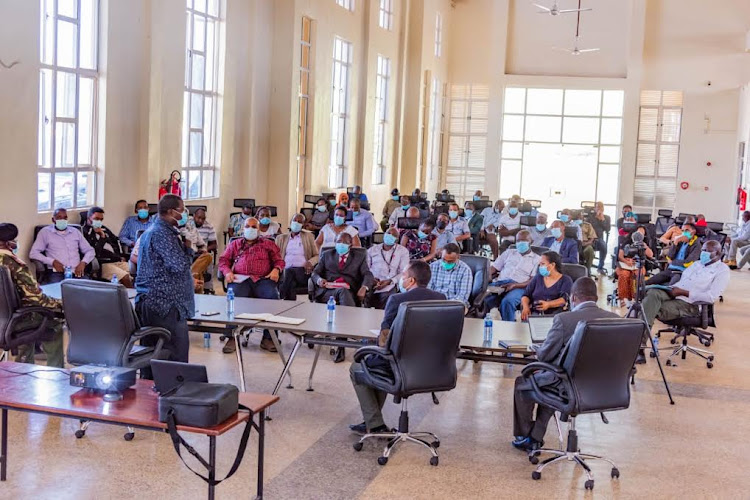 A delegation from Ethiopia met with officials from the Kenya Government and Trade Mark East Africa (TMEA) to operationalize the Moyale One Stop Border Post (OSPB).

The Tuesday meeting was a follow up to the inauguration of the OSBP by President Uhuru Kenyatta and Ethiopian Prime Minister Abiy Ahmed on December 9, 2020.

Border Management Secretariat secretary Kennedy Nyaiyo, said the Moyale OSBP is a step in the right direction towards boosting legitimate trade and travel in the East Africa (EA) Region.

Government officials from both sides of the Moyale border toured facilities at the Ethiopia and Kenya OSBPs respectively.

The facilities include spacious parking for long-haul trucks, immigration and revenue collection points, among others. Trade between countries in the EA region is continually being encouraged.

For instance, during the inauguration ceremony, Uhuru asked traders in Kenya and Ethiopia to utilise the new infrastructure including the OSBP and the500-kilometer Hawassa-Hagere Mariam- Moyale Road, which is part of the Trans African Highway to boost cross-border trade.

“In addition to facilitating trade between the two countries, the border post will also enhance mutual interactions among our people and create synergy and unity of purpose,” the President said.

The secretariat is chaired by Interior Principal Secretary Karanja Kibicho.