Only 471 Kenyans have received full dose of Covid vaccine - MOH

MOH announced that the second vaccination would begin in June

•An infographic shared by the ministry on Twitter, Wednesday, 403 of those vaccinated are health workers.

•This comes two days into June, when MOH announced that the second round of vaccinations against Covid-19 would begin. 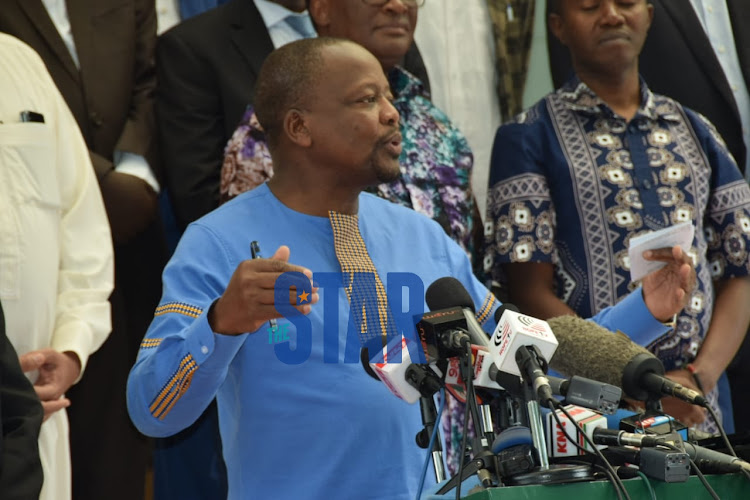 The Ministry of Health has announced that only 471 Kenyans have received the second jab of the AstraZeneca vaccine.

In an infographic shared by the ministry on Twitter on Wednesday, 403 of those vaccinated are health workers.

The remaining 68 is divided among security officers who are 26, persons 58 years and above are seven, one teacher and 34 people in other categories.

This comes two days into June, when MOH announced that the second round of vaccinations against Covid-19 would begin.

The ministry revised the duration between the first and second dose by four weeks.

Kenya received 1,020,000 doses of AstraZeneca vaccine from Covax on March 3 as an in-kind contribution.

In addition, the government received a donation of 100,000 doses of the same vaccine from the Indian government. 130,000 more doses are expected from the Democratic Republic of Congo.

Last week, the government announced plans to acquire additional vaccines to ensure at least 60 per cent of the Kenyan population is vaccinated by June 2022 to attain herd immunity.

"In this regard, the procurement agreement through the African Union for 30 million doses of the Johnson and Johnson vaccines is almost complete."

Health CS Mutahi Kagwe said the Johnson and Johnson vaccine would be the best alternative since it comes with the added advantage of being a single dose regime.

Kenyans to get second Covid-19 jab this week

Second Covid-19 jabs to be administered from June

Government has revised the duration between the doses from eight to 12 weeks
News
1 year ago
by BRIAN ORUTA Digital Journalist
News
02 June 2021 - 18:00