Government has received 100,000 doses with another 72,000 expected from South Sudan

•The remaining 100,000 doses mopped out from various counties to commence the second dose issuance

•Another 72,000 doses shared through the Covax Facility mechanism are expected to arrive into the country today aboard Kenya Airways from South Sudan. 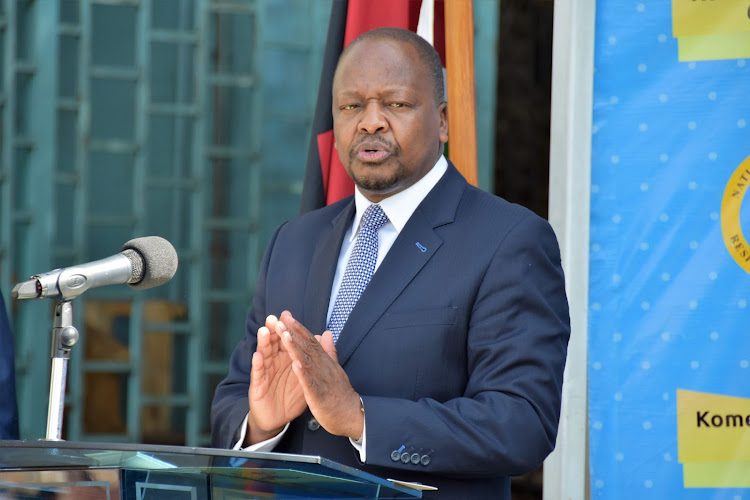 The government has halted the administration of the first dose of Covid jab and will instead focus on giving the second.

Those due to receive their second dose of the AstraZeneca jab will get it beginning Friday, the Health Ministry has said.

But there will be no further administration of the first dose after the ministry halted the process to use the 100,000 doses it sourced from various counties to commence the second dose.

Another 72,000 doses shared through the Covax mechanism are expected to arrive in the country on Friday from South Sudan.

Kenyans who received their first dose on March 5 at the Kenyatta National Hospital were supposed to get their second dose early this month but the government pushed the exercise by four weeks due to a delay in the arrival of the second batch of the doses amid global supply challenges.

As of Wednesday, 960,379 people had been given the first dose of the vaccine.

“In keeping with the recommendations of WHO that the second doses are administered after 12 weeks, people who are due have got an SMS on their Chanjo system. The system is sending the reminder 48 hours to,” head of vaccines deployment taskforce Dr Willis Akhwale said on Thursday.

He added, “We are starting the second vaccination with about 100,000 doses that are in the country and the CS has said no more first dose will be given. Last week we estimated close to 100,000 will be available and then tomorrow we are receiving 72,000 doses from South Sudan not DRC.”

The initial reports had indicated that Kenya will be receiving 130,000 doses from DRC.

The Covax and Gavi vaccine sharing mechanism however dictates that sharing of doses be done through the Covax platform.

Covax has been redistributing doses from countries that lack the capacity to administer them in an effort to avoid wastage.

“A number of countries in Africa including Kenya have started direct arrangements so the sharing is done through Covax and our share from South Sudan aboard Kenya Airways will be arriving tomorrow (Friday) so with those we have 172,000 to begin our second dose as we await more sharing of doses through the Covax mechanism,” Akhwale said.

Health CS Mutahi Kagwe said Kenya will continue to engage other governments to ensure continuous supply and availability of doses to ensure uninterrupted administration of the second jab.

“Of course at the same time we are putting a lot of effort to ensure that the vaccination process for those who have not received even the first jab can continue but we will appreciate that this is a global problem that everybody is experiencing,” Kagwe said.

He added, “As I had indicated earlier, it is possible that the people who have not received the AstraZeneca doses might very well be receiving a new vaccine specifically Johnson and Johnson so going forward it is likely that we are going to be using multiple vaccines rather than just one vaccine.”

Kenya received 1.02 million doses of the AZ vaccines under the Covax arrangement and an additional 100,000 doses from the government of India.

The second consignment of 2.5 million doses was expected to arrive in the country in April but failed after the India Serum Institute halted exports of vaccines to meet their own domestic demand as they battle the third deadly wave of the virus in the Asian country.

Post a comment
WATCH: The latest videos from the Star
by MAGDALINE SAYA REPORTER
News
27 May 2021 - 22:00
Read The E-Paper