Meru and Embu leaders cite decades-old loyalty, want the house of Mumbi to return the favour.

• Muturi is being positioned as the person with whom any political faction will negotiate issues affecting Central Kenya, going forward.

• Prayers and sacrifices marked the cultural event, hailed as giving the speaker a head-start in his presidential ambitions after President Uhuru Kenyatta exits the scene. 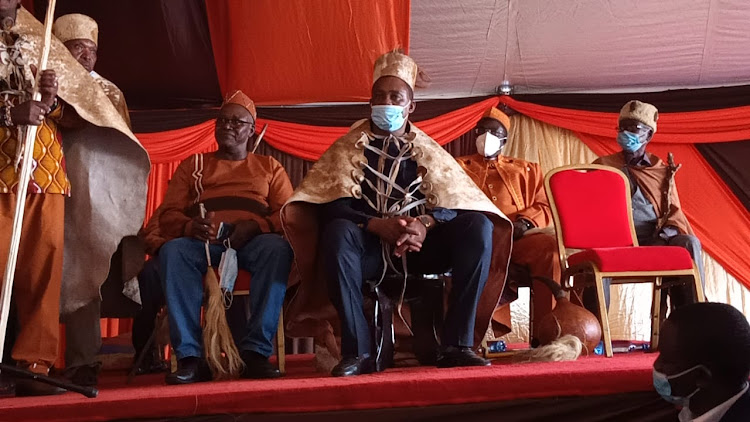 The coronation of National Assembly Speaker Justin Muturi has rekindled a fresh onslaught by Upper Eastern to control the politics of the Mount Kenya region.

Muturi was enthroned on Saturday as the region’s spokesman in an event attended by hundreds of elders at the Mukurwe wa Nyagathanga shrine in Kiharu, Murang’a county.

Prayers and sacrifices marked the cultural event, hailed as giving the speaker a head-start in his presidential ambitions after President Uhuru Kenyatta exits the scene.

Muturi spent over three hours in a secluded area with the community’s cultural priests where a goat was wholly burnt as a covenant that the speaker is the bona fide spokesman. The goat is not eaten.

The enthroned candidate is the one to show the community the way.

An elder told the Star that what Muturi went through was “a huge sacrifice” as the chosen one has to deny himself so many things on behalf of the community.

The ceremony was laced with heavy political undertones and is viewed as one that stands to disrupt the status quo.

Calls to Mt Kenya West to return a hand to their eastern counterparts featured prominently at the ceremony, which was a no-go zone for the womenfolk.

The argument is that the East has supported leaders from the West since Independence—nearly six decades. The eastern bloc says it is time the debt was paid.

Of concern is that Embu, Meru, Mbeere, and Tharaka have supported Kikuyu leaders among them Jomo Kenyatta, Mwai Kibaki, and Uhuru Kenyatta (all presidents).

Muturi is being positioned as the person with whom any political faction will negotiate issues affecting Central Kenya, going forward.

The development has triggered an East-West divide, with those angling to succeed Kenyatta, largely from the Kikuyu community, crying foul that there was no consultation on the choice.

Ndaragwa MP Jeremiah Kioni said: "He is one of the politicians who should rebrand themselves. Instead of Muturi rebranding himself, he has dug his political grave."

Prodded by the Star on his stance, Kangata said he "sees no evidence of an effort to take power by Muturi".

"Politics is not for the indolent but for the vigilant. Power is not given but taken. Let them struggle and take it," the senator said.

Muturi enjoys the support of most MPs from his backyard. Observers say his next assignment is to build up more support beyond Mt Kenya.

The gist of the coronation is that it places the National Assembly speaker as the natural heir to President Kenyatta, an additional advantage being that he is the third in command in government. 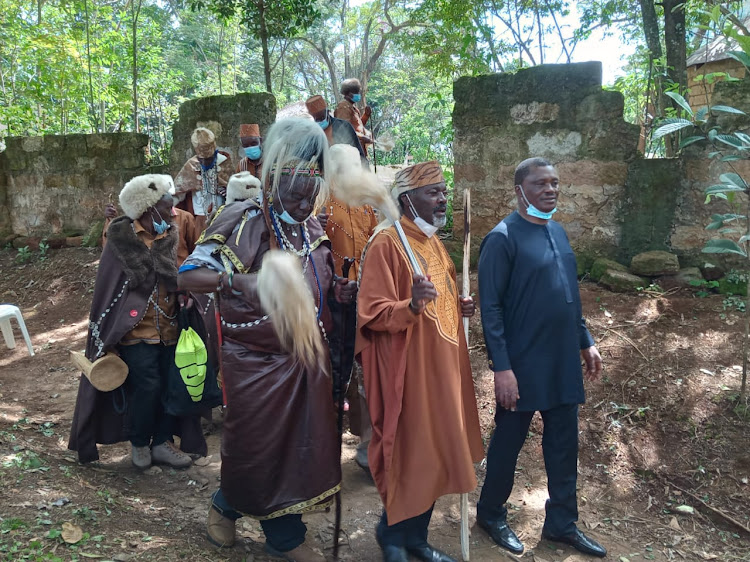 Captain Kungu Muigai, who is President Kenyatta’s cousin, said politics of the East being shoved away after supporting the West must end.

“The East has been complaining that since the time of Kenyatta when one is standing in Kiambu during voting, they see up to Ntonyiri, but once elections are over, the mountain rises again...that is what we have discussed to end,” the elder said.

He dismissed those against the choice, asking them to “look for their spokesman and enthrone”.

“Let them leave ours alone. We have started our journey. We are not declaring a presidential candidate. We want someone we can send as elders since the President cannot come to speak to all of us,” he added.

He gave an analogy painting Mt Kenya as a girl sought by many suitors, and as such Muturi would be the one to speak during her bride price (five million votes) negotiations.

“This beautiful girl has a father called Uhuru. When those seeking her hand have approached the father, it is Muturi who will speak with them. We don’t want boys being cheated by brothers of the girl that they will be given the girl,” Kungu said.

“If they want the girl, let them come to us. We are behind Uhuru and we will follow his direction. Muturi will lead us to him and since they are always together (Uhuru and Muturi) we can send him.”

Three Mt Kenya East governors also threw their weight behind the speaker on a similar call that it was time the West supported a son of the minority communities.

Meru Governor Kiraitu Murungi told the Star that the events would be a litmus test of the regions’ unity. He cited quarters that have dismissed Muturi as not being one of them.

“We in Mt Kenya East have supported the agenda of Mt Kenya West for many years. This is the first time we are giving them a credible candidate to be able to support us,” the county chief said.

He made a special appeal to Kikuyus to support Muturi saying; “I have heard some of them say Muturi is not Kikuyu…let us not allow the mountain to separate us.”

“We are always together as the Gema community. We want the west to support Muturi the way we have supported them in the past. This is a litmus test of whether or not we are together,” Kiraitu continued.

Murang’a elders’ patron Peter Kagwanja, who is among westerners backing Muturi, said the speaker would be the region’s messenger.

“He will help other Kenyans to unify this republic as he has done for the last nine years. Those who don’t value the unity of this country will thrive on division.”

He said there was no contradiction between Muturi’s role as spokesman and that of Uhuru Kenyatta as the community’s leader.

The East has been complaining that since the time of Kenyatta that when one is standing in Kiambu during voting, they see up to Ntonyiri. But once elections are over, the mountain rises again...that is what we have discussed to end

Muturi comes from the Mbeere community, the smallest in the region with about 195,000 people; while Kikuyus are over eight million-plus, whereas Merus are about two million.

“Just like David was anointed when Saul was still king, we have gone for the leader, our David, from the small community. Through Muturi, we will remain united.”

Muturi, for his part, said Central’s history is like that of Kenya, hence the community has to unite strongly, signalling what his first assignment would look like.

“Without unity, we cannot say we can seek unity with other Kenyans. We have to start from home and be people who pull together. I am not saying we close doors for alternative ideas,” the speaker said.

“As people whose history has touched this country, we must think of the oneness of our people…if we are united as Mt Kenya, even Kenya will be one.”

Murang'a Woman Representative Sabina Chege is among leaders from the west who supported the event, saying “every Kikuyu has a right to be at Mukurwe wa Nyagathanga.”

I am ready to serve, Justin Muturi says after the coronation

Muturi said he has a duty of reaching out to his fellow leaders from the region.
News
1 year ago

Mt Kenya governors endorse Muturi ahead of his coronation

Governors of Meru, Tharaka Nithi and Embu met with Muturi ahead of his coronation as Mt. Kenya Spokesperson.
News
1 year ago

Kirinyaga county boss says Uhuru still in the reins, no point of succeeding him now
News
1 year ago
by MOSES ODHIAMBO Journalist and Political Writer
News
24 May 2021 - 05:00