• In what raises concerns of possible misappropriation by public officers, the records were in excel sheet format instead of being computer generated.

• The concern is that they were not system-generated and had no specific reference codes of individual IDPs indicating how each account was created for both Equity and KCB banks. 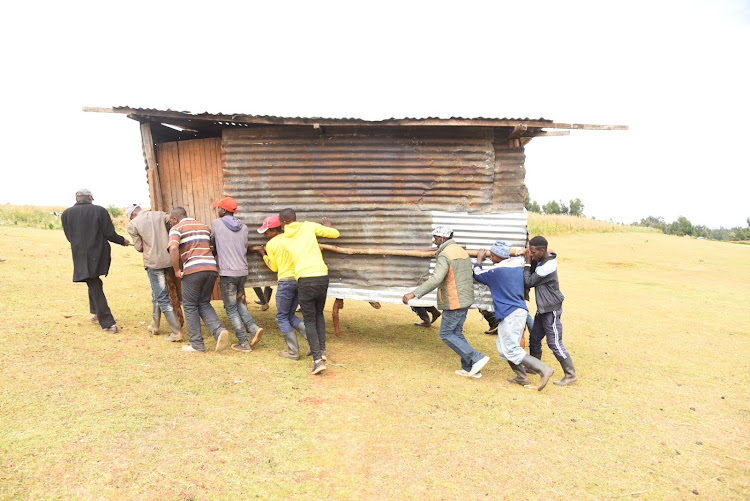 Payments of Sh237 million made to Internally Displaced Persons for the year ending June 2020 cannot be accounted for, a new audit has revealed.

Auditor General Nancy Gathungu has flagged the double payments made by the National Humanitarian Fund, saying the documents supporting the payments could not be authenticated.

Gathungu said there was a problem with the documents as the Excel sheet was duly stamped and signed by the bank branch managers from which the disbursements were made.

The concern is that they were not system-generated and had no specific reference codes of individual IDPs indicating how each account was created for both Equity and KCB banks.

The auditor further pointed out that no contact details were provided to enable confirmation of receipt of the funds by the beneficiaries.

“In addition, the Kenya Commercial Bank payment schedules and bank statements reflect an additional Sh94 million paid to IDPs which was not reported in the financial statements,” the report tabled in Parliament on May 13 reads.

In the circumstances, Gathungu said it was not possible to ascertain the completeness and accuracy of the payments totalling Sh237 million for the year ended June 30, 2020.

She further flagged advances of Sh71.9 million which the Fund management could not account for during the audit.

The advances of Sh68.9 million, Sh2 million, and Sh1 million were issued to Mandera, Nakuru and Bomet county commissioners respectively in the financial year 2014-15.

They received the money for onward transmission to the beneficiaries - the IDPs, but the same is yet to be accounted for to the satisfaction of the auditor general.

Gathungu said the payment vouchers were not supported by contract documents, bills of quantities, invoices, and certificates of work done to confirm that the funds were utilized prudently and for the intended purposes.

This was in respect of copies of payment vouchers provided by the Interior Department – which handles the funds from Mandera of about Sh67.6 million, paid to four contractors for IDP houses.

“In the circumstances, it has not been possible to ascertain the completeness and accuracy of advances balance of Sh71.9 million as of June 2020,” the auditor said.

Payments to IDPs have been a subject of audit queries if the trend of the past two financial years is anything to go by.

In the year to June 2019, Gathungu flagged doubtful payments of Sh176 million where the Fund managers did not provide for audit review, supporting schedules.

Management at that time indicated that the banks requested more time to collate the data from branches where the IDPs were paid.

The auditor said in respect of the report for that period it was not possible to ascertain the propriety of the expenditure.

Former Auditor General Edward Ouko in the reports for the year to June 2018 questioned the irregular payment of Sh2.7 billion to unknown IDPs from the cash meant for 2007 post-election violence victims.

The auditor at that time said the payments were made to non-existent IDPs, to people with duplicate names and others without national identification cards – or whose details of IDs did not match the records in the National Registration Bureau.

Over 660,000 Kenyans were displaced from their homes and dwellings when chaos erupted following the disputed 2007 general election, a dispute which pit ODM leader Raila Odinga against retired President Mwai Kibaki.

Trouble ensued after the now-defunct Electoral Commission of Kenya declared Kibaki the winner in the highly contested vote.