Says claims that Siaya senator was next on the chopping board were unfounded.

• Speculations were rife that Orengo - like Rarieda MP Otiende Amollo - was a candidate of the ODM purge targeting rebels in the party who had defied the party’s position on the BBI Bill. 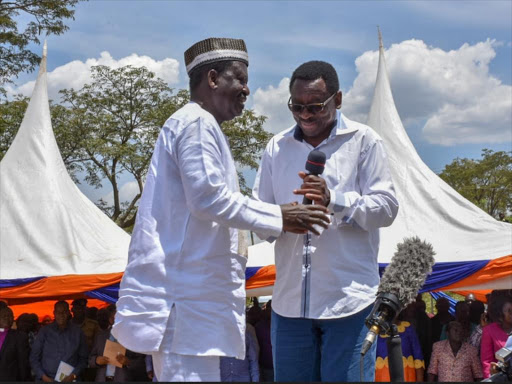 In a statement to newsrooms, Onyango said Raila harbours no such plans and termed claims that the Siaya senator was next on the chopping board as unfounded.

“Following changes effected on Wednesday to the representation of the Orange Democratic Movement in the Justice and Legal Affairs Committee of the National Assembly, there have been unfounded and widespread speculation that the Party is about to change its Minority leadership in the Senate,” Onyango said.

He added: “We wish to clarify that Rt. Hon Raila Odinga, the ODM Party Leader and the Orange Democratic Movement have no plans to replace Senator James Orengo as the Leader of Minority in the Senate.”

Speculations were rife that Orengo - like Rarieda MP Otiende Amollo - was a candidate of the ODM purge targeting rebels in the party who had defied the party’s position on the BBI Bill.

Otiende was dewhipped on Tuesday from the influential Justice and Legal Affairs Committee and replaced by Ruaraka MP TJ Kajwang’.

ODM has been in turmoil following the position taken by some of its bigwigs concerning amendments to the BBI Bill before it leaves Parliament for the referendum.

Senator Orengo, Otiende and Nyamira Senator Okong’o Omogeni have maintained that certain "unconstitutional" clauses of the Bill should be amended.

Orengo poked holes in several sections of the BBI Bill, further questioning the goodwill to implement its progressive provisions.

Otiende also challenged the constitutionality of some provisions in the Bill, which is at its second reading in the National Assembly.

He said an amendment can be unconstitutional if it does not follow the process that's already in the current Constitution before it is amended, or if it results in something that does not accord with constitutionalism.