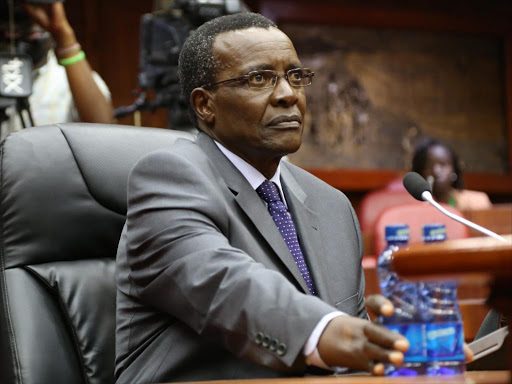 Through lawyer Ochieng Oduol, Maraga told a five-judge bench that he was enforcing two High Court orders that required Parliament to enact the law.

Maraga said he cannot be faulted for exercising his constitutional duty. He maintained that he was also enforcing the fifth schedule of the 2010 Constitution that requires Parliament to enact a new law to give effect to Article 81 (b) provided that "not more than two-thirds of the members of elective public bodies shall be of the same gender".

Maraga urged the bench led by Justice Lydia Achode to disregard the invitation seeking to set aside his advisory opinion to the President.

He said when he received the petitions calling for dissolution of Parliament he engaged both speakers of the National Assembly and the Senate but none bothered to respond.

In addition, the National Gender Commission, through lawyer Martha Karua, told the bench the effect of following the constitution and having Parliament dissolved will go a long way in dealing with impunity in the country and reinforcing the supremacy of the constitution in the minds of all Kenyans.

“Once Parliament is dissolved, a new one will be elected in accordance with the law. This is what we need to tame the impunity displayed not only by Parliament but which has become a significant mark by our leaders,” she said.

Among those challenging the decision by Maraga are the National Assembly and Senate, citizens Leina Konchellah and Mohseh Abdul Munasah, Attorney General, Thirdway Alliance party and lawyer Adrian Kamotho Njenga.

Several parties including the Federation of Women Lawyers, National Gender and Equality Commission and Kenya Human Rights Commission and activist Okiya Omtatah are listed as interested parties in the case.