People want development and a better economy, not push and pull between the two.

• ADC Archbishop says misunderstanding between the two is derailing the economy and development agenda. 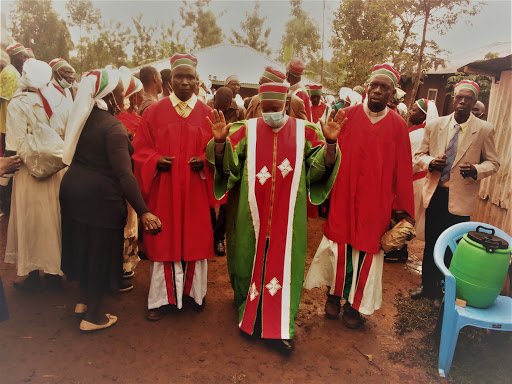 President Uhuru Kenyatta and Deputy President William Ruto should end their public differences, work together and focus on development.

Chabuga said on Friday misunderstandings between the two are derailing the country’s economy and development agenda.

The Archbishop was speaking in Luanda subcounty while meeting followers in Luanda and Emuhaya subcounties.

He said what Kenyans want is progress and better livelihoods, not a push and pull between the two men.

Ruto seeks to replace Uhuru in the 2022 General Election.

Chabuga said unity among all leaders in the country will enable infrastructure and economic growth countrywide.

This comes as the two men have been estranged since the President and Opposition chief Raila Odinga shook hands on March 9, 2018. Ruto and Raila's allies were excluded.

“The Independent Electoral and Boundaries Commission is yet to declare elections countrywide, so hold your horses and serve Kenyans in the remaining period,” clergyman urged politicians.

He said politicians are in top gear to gain advantage or defend their seats, forgetting to deliver services — the reason they were elected.

Chabuga said the aim of devolution was to bring services and development closer to the people, especially in rural areas.

“Governors countrywide must spread development equally in all wards regardless of the political affiliations of the people in those areas," he said.

“People have their political rights but the majority speak — that doesn't mean the minority are sidelined.

Chabuga urged Vihiga Governor Wilber Ottichilo to incorporate the Christian community in his development agenda., so Christians have something to celebrate.

He said Ottichilo should take the lead in development, the economy and education.

“The governor should also support the orphans, widows and widowers," he said.

Chabuga urged Ottichilo to help register the elderly in the Inua Jamii programme.

Many people are not registered due to corruption, he said.