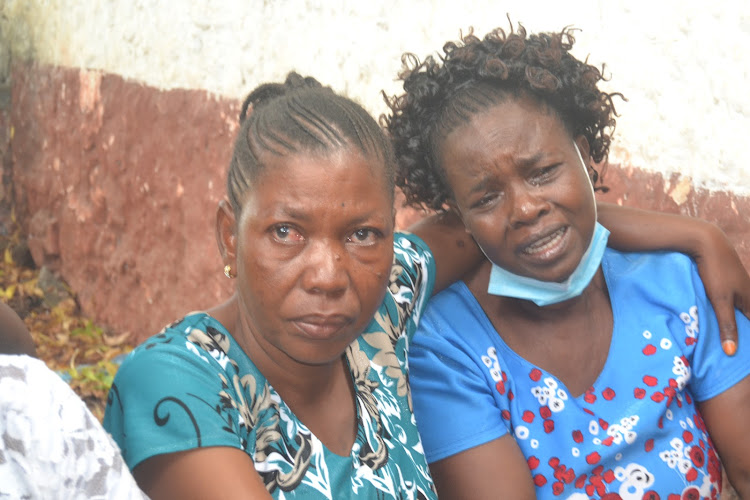 The mother of Aziz Amigo, the driver of the minibus who was killed in the Mombasa-Malindi highway accident, at the Malindi Subcounty Hospital mortuary.
Image: ALPHONCE GARI

The day started out like any other for Aziz Amigo, a few hours later his body would be lying in a mortuary together with 14 others.

Amigo boarded a Sabaki Sacco minibus in Malindi together with other employees of the Kilifi county government.

They were headed to work in Kilifi. The minibus was their preferred mode of transport as it charged Sh100 instead of the usual Sh250.

They did not make it to work that morning as the minibus collided head-on with a Muhsin bus that was headed to Garissa.

The accident happened at Kwamkikuyu, about 12 kilometres from Malindi town along the Mombasa-Malindi highway.

Fifteen people were killed. They included the drivers of the two vehicles, six employees of the Kilifi government and the conductor of the minibus.

The majority of the passengers in the minibus were their families' breadwinners.

At Malindi Subcounty Hospital mortuary the Star found some of the victims' families still trying to come to term with their loss.

They had not only lost loved ones but for some, their dreams as well.

Aziza Amigo dreamt of joining college. Her father was to enrol her but it was her elder brother who was to pay the fees.

Her elder brother was Aziz, a driver employed by the Kilifi government.

He was their family's breadwinner. 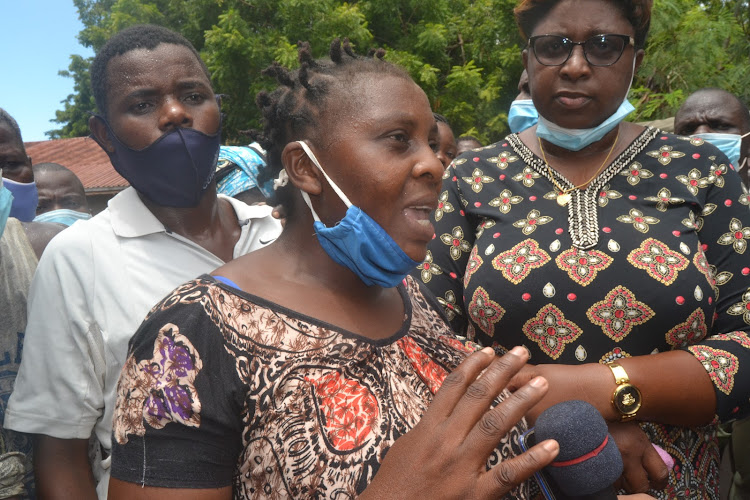 Aziza said she received a call on Wednesday informing her that her brother had been involved in an accident.

“As we rushed to hospital in a tuk-tuk I kept calling my father asking about my brother’s condition, and he said he was still at the hospital gate. Later when I called again, he told me that Aziz was dead,” she said with tears streaming down her face.

Aziz was the firstborn and the only one in the family with a job. They all depended on him.

He left behind two children. His younger siblings depended on him for their school fees.

“My father planned to enrol me in a college but he [Aziz] was the one to sponsor me. Now my dreams have been shattered," Aziza said.

Aziza’s mother, who was also present, was inconsolable.

Doris Kahindi from Posta in Mjanaheri, Magarini subcounty, lost her brother-in-law Mole Samaki Kitindio, who was the conductor of the minibus.

Kitindio has left behind a widow and six children. The widow is pregnant with their seventh child.

“It's so sad to lose him I don’t know how to describe it, the family has been left hopeless. The conductor was the firstborn in the family and the sole breadwinner," Kahindi said.

She appealed to political leaders to support the families.

Kilifi leaders have demanded action against the contractor for delayed completion of the highway's expansion. 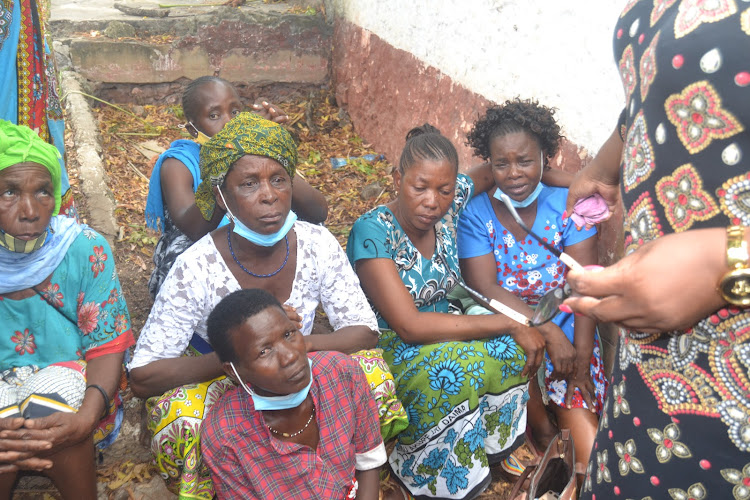 Relatives of the Kilifi county government driver who perished in the April 7, 2021, accident at Kwamkikuyu along the Malindi-Mombasa highway.
Image: ALPHONCE GARI
by ALPHONCE GARI Correspondent, Coast Region
News
09 April 2021 - 16:42