Researchers encourage vaccination to beat emerging strains of the coronavirus.

• Kenya’s third wave is likely fueled by the highly transmissible variants of concern B.1.1.7 and B.1.351 detected in January, according to a report released by the Africa CDC on March 23. 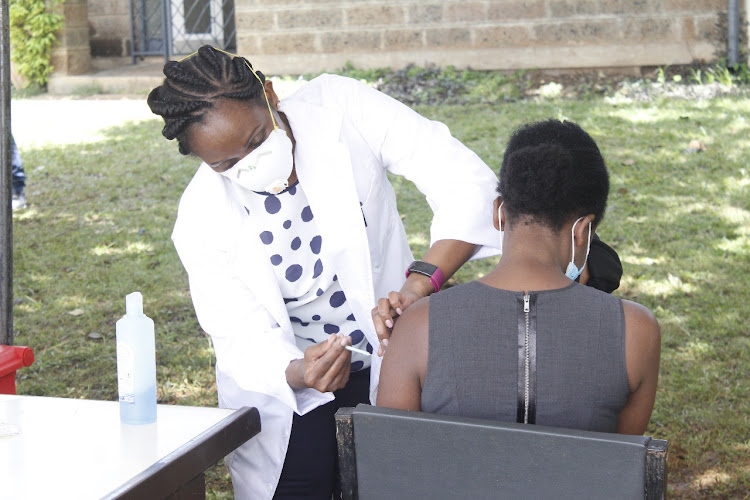 Researchers say the Covid-19 vaccine in Kenya is most likely effective against emerging strains, including a dreadful new variant from Tanzania.

The Tanzania variant has ten more mutations than found on any other version of SARS-Cov-2, according to a report submitted to the World Health Organization last week.

Scientists still do not know whether the Tanzanian variant is more infectious than other strains.

Kenyan scientists Wednesday said the current Covid-19 vaccines are likely to remain effective against emerging mutations because of cross-immunity.

“It is the nature of viruses to keep mutating and it’s very unpredictable the direction they will take,” said Dr Njagi Kumantha, a health systems expert after taking the AstraZeneca vaccine Wednesday.

“But if you’re immunised against one variant, it will also protect you against other variants because they will be subjected to the same body reaction, due to cross-immunity.”

Kenya’s third wave is likely fuelled by the highly transmissible variants B.1.1.7 and B.1.351 detected in January, according to a report released by the Africa CDC on March 23.

Dr Kumantha also referred to a new study on T cells - a type of white blood cells– showing that people who recover from the original version of the coronavirus had T cells that could recognise the variants first found in the UK, Brazil and South Africa.

“As the global SARS-CoV-2 pandemic continues, it is inevitable that new viral variants will emerge,” says the study, published in the Open Forum Infectious Diseases journal, by Oxford University Press.

It noted that earlier concerns that vaccines could be less effective against variants did not look at T cells, whose response can influence how severe that infection will be.

"Vaccination is not only going to protect us against the wild type, but it has the potential, to a greater or lesser degree, to also protect against a range of variants," he said.

The South African scientists who isolated the Tanzanian variant said they will grow the virus to ascertain whether it is more infectious and to understand how it affects vaccines.

The WHO has labelled it a variant of interest because it warrants close monitoring because of its potential risk. 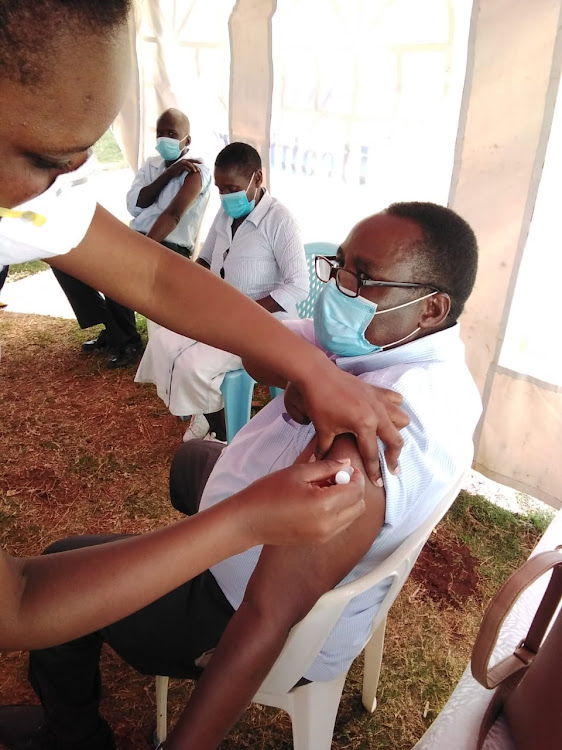 “The Covid-19 vaccines that are currently in development or have been approved are expected to provide at least some protection against new virus variants because these vaccines elicit a broad immune response involving a range of antibodies and cells,” the WHO said.

The new Tanzania variant strangely comes from a lineage of the virus first identified in China, whereas many others trace their roots to Europe.

Tanzania was already expected to be a breeding ground for dangerous Covid-19 strains after the government refused to acknowledge the pandemic and even advised citizens not to wear masks.

President Samia Suluhu on Tuesday signalled she would depart from her predecessor John Magufuli and set up a task force to advise on the pandemic response.