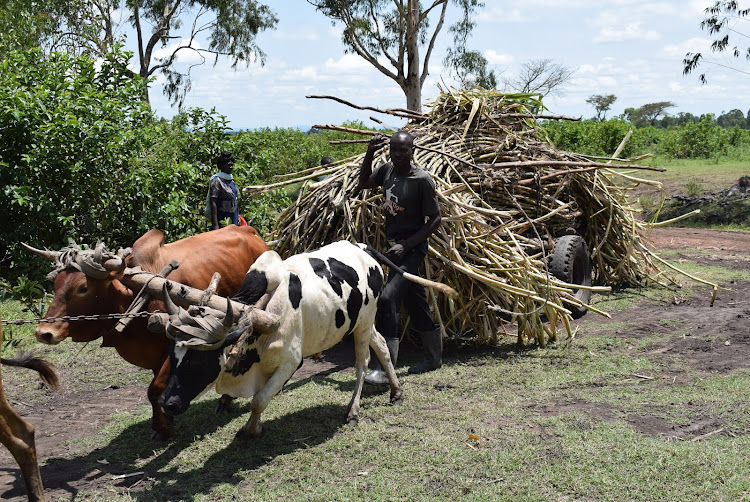 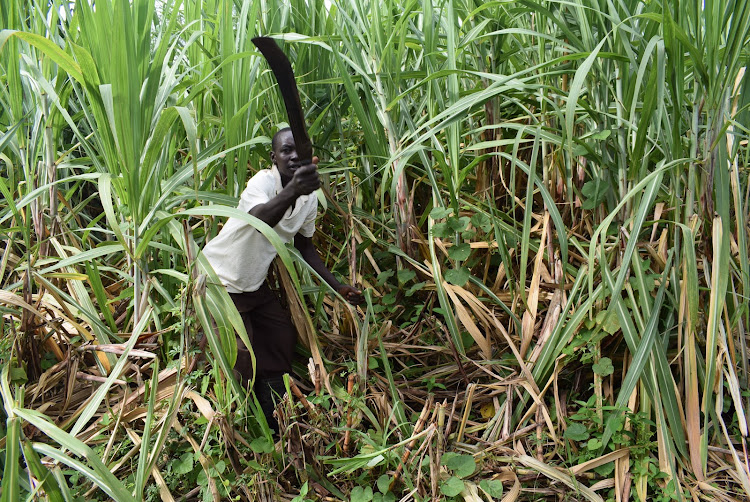 Hundreds of sugarcane farmers in Homa Bay and Migori counties have expressed fears of losses due to inability to access factories.

The farmers say their cane has begun losing value in farms because they are past maturity stage due to delays in harvesting.

Sugarcane matures and is ready for harvest between 18 and 24 months.

After that canes start growing flowers and lose weight and value. Further delays cause it to wilt and rot.

On Monday, more than 350 sugarcane farmers led by George Jonyo and Anton Kawawa in Migori said their cane has not been harvested for more than 35 months.

The farmers said many of them are already counting losses because they are unable to access factories to mill their produce.

Jonyo said millers such Sony and Sukari industries have not been able to take their cane for all that long. He said they cannot start farming other crops as their farms were still planted the sugarcane.

“Many of us have already suffered economic losses because their cane are rotting in the farms. Most canes have developed flowers and these make them lose quality,” Jonyo said.

Farmers in Migori and Homa Bay depend on the two milling factories.

Sony has been intermittently taking canes for crushing because its machines are undergoing maintenance. Currently, the factory is able to crush 133,000 tones of cane annually.

“We are loyal farmers to Sony industry so there is a need for the management to help us not suffer many losses,” Kawawa said.

In Homa Bay, many of the farmers in Kabuoch and Kanyamwa areas are unable to access Sukari industry due to poor roads.

Phillip Okoth said the Nyandiwa bridge that connects them to the factory collapsed.

He said farmers are worried that their cane will dry up in the farm after harvest because tractors from the company cannot collect the produce from their farms.

The farmers said they had cut cane on more than 4 hectares of farms two weeks ago but they cannot reach the factory.

They have appealed to Homa Bay government and area leaders to intervene and ensure the bridge at river Wadh Ochola is rehabilitated to pave way for the miller to collect their canes.

“Homa Bay government should come in and rescue us by  fixing the bridge. Let roads leading to the factory get repaired,” he added.