It took the intervention of Machakos sub county criminal investigation officer Rhoda Kanyi's intervention to calm the situation and enable police officers remove the body from scene of crime.

Police in Machakos have launched a probe into an incident in which their colleague is accused of fatally shooting a herder on Sunday. https://bit.ly/3cQkA2p

Police in Machakos have launched a probe into an incident in which their colleague is accused of fatally shooting a herder on Sunday.

Victor Kariuki of Cipu was arrested and locked up at Machakos police station following the evening incident that occurred at Vet Farm, opposite the governor's office.

Muendo Maundu, 38, died on the spot after he was shot in the shoulder.

According to the police report, Kariuki had responded to a distress call from security officers deployed at the farm who informed him that there were herders who were illegally grazing there.

He rushed to the farm and met a group of herders, where a confrontation arose between him and the herders.

In process, he shot in the air to scare the charging crowd.

The crowd then advanced to the offices of Vet farm where they set on fire a hay store and grass plantation.

The fire brigade was called to the scene but the store was completely burnt and the grass plantation was also largely burnt.

Maundu's body was moved to Machakos Level 5 Hospital mortuary for a postmortem.

Kanyi urged witnesses to cooperate with the police and assured them of their safety.

“If you fear that you will get into trouble if you give information, we will ensure that you are protected accordingly through the Witness Protection Agency. Relatives to the deceased should also come up, justice will be served.”

One of the herders alleged the officers demanded Sh6,000 for release of their her leading to the confrontation and eventual killing.

“We were chased by the officers four times, they demanded Sh6,000 to release our cattle. The police officer just turned and hit the deceased after he attempted to drive the cattle away. The officer ran after killing him,” the herder alleged. 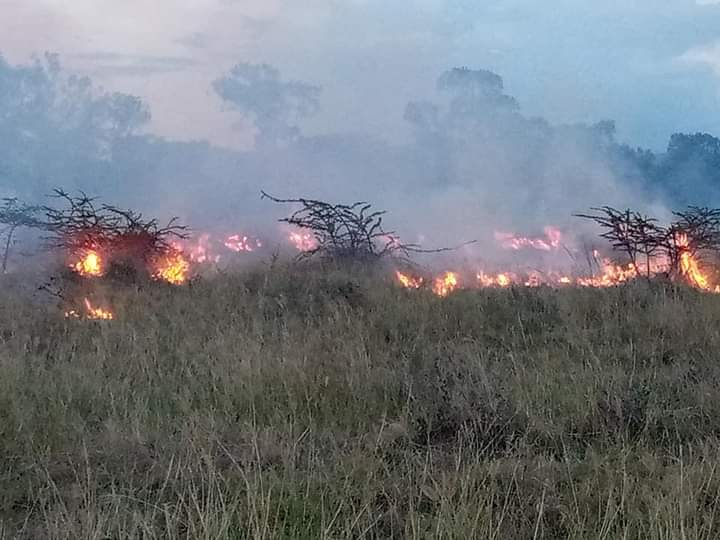 Demonstrating locals set Vet Farm on fire as they protest a herder's killing by a police officer at the farm in Machakos County on Sunday, April 4.
Image: GEORGE OWITI
by GEORGE OWITI Correspondent - Machakos
News
05 April 2021 - 12:22