Lamukani residents to rebuild houses on disputed land in protest

• They have promised to stay put because the developer is not obeying court orders.

• Abubakar Katana Pekeshe, a resident, said they were evicted and the court said all parties should stay off the land but developers were building walls. 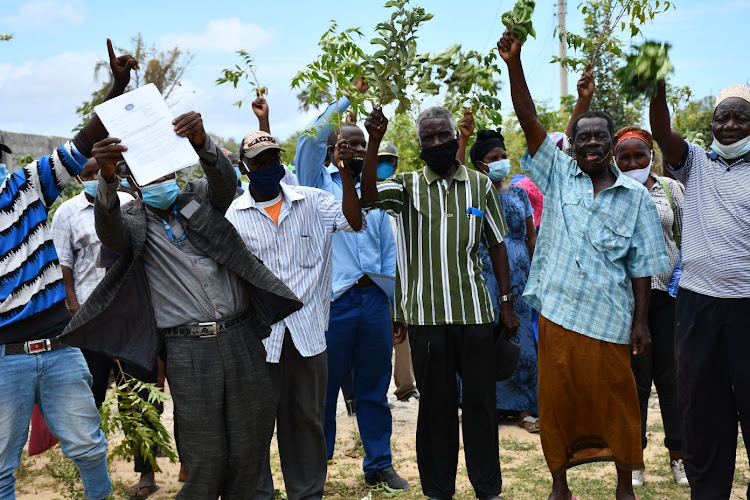 Some 903 families at Lamukani in Bamburi will rebuild their homes that were demolished on a disputed 134-acre parcel of land as a court case filed in 2010 drags a decade later.

They have promised to stay put because the developer is not obeying court orders.

Abubakar Katana Pekeshe, a resident, said they were evicted and the court ordered all parties to stay off the land.

“But we see the private developers continue to erect perimeter walls and other buildings on the land,” he said.

The residents fear by the time the case is concluded, there will be no land left as it would have been developed.

“Since the private developers are continuing with their construction even before the decision of the court, we have also decided to return to the land where we were initially,” Pekeshe said.

Through their Lamukani and Kitaruni lobby, they have written to Mwembe Legeza assistant chief Victior Karisa, Shanzu senior chief Karisa Fondo, Kisauni MP Ali Mbogo, his Nyali counterpart Mohammed Ali and Governor Hassan Joho informing them of their intention to go back to the disputed land.

In the letter, their community-based organisation also sought financial support to reconstruct their houses, protection from police against harassment and the speeding up of their case.

Pekeshe, who is the chair of the CBO, said he was born and brought up on the disputed land.

“Is it fair that while an injunction order is in place, one party obeys it and another does not? Does it mean the law only applies to the poor and down-trodden while the rich and the mighty do what they want?” Pekeshe asked.

Yahya Katana, another resident, told the tycoons eyeing their land that their time is up. “We are going back home and we are not coming out,” Katana said. 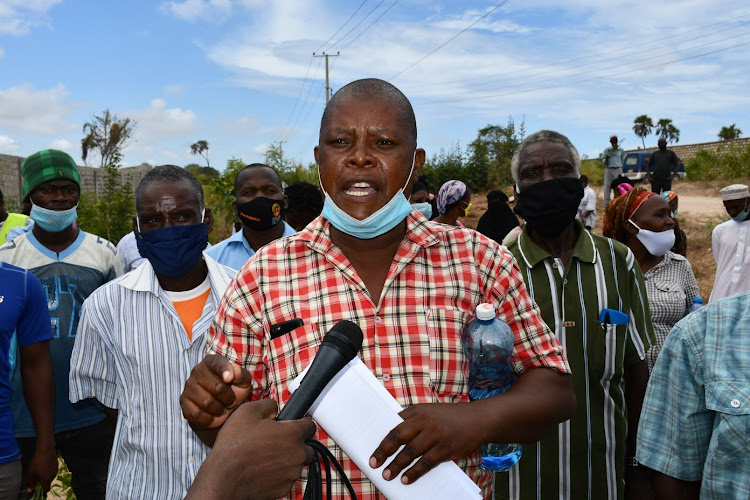 The land was the subject of violent evictions, with several people injured by those enforcing the orders.

County commissioner Gilbert Kitiyo said Mombasa has several cases of land invasion and it is difficult to establish genuine cases.

“We are warning those involved in land invasion: We are keeping tabs on you. The government has all resources to determine genuine cases and the fake ones,” Kitiyo said.

The residents accused politicians in Mombasa of doing little to help them.

“We have been to Governor Joho’s office, Mbogo’s office and even Mohammed Ali’s office. No help has been forthcoming,” Michael Kahindi said. 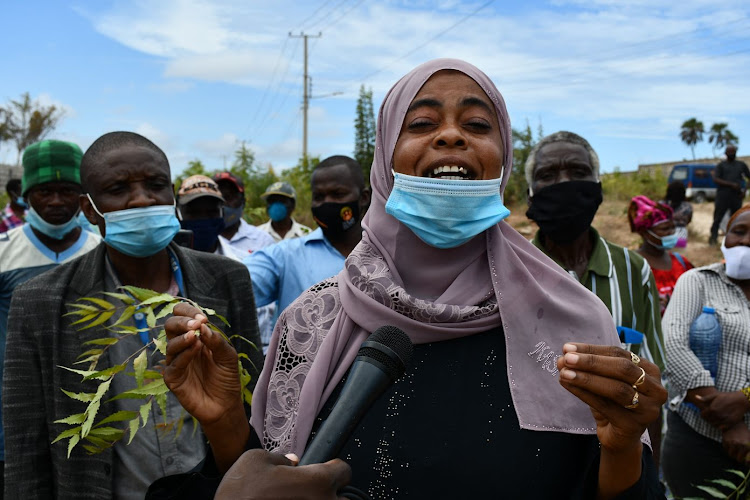 Asia Mikidadi, a mother of five, said she has found it difficult to feed her children

“We are beaten and evicted from our land. Where will we go? Don’t we have rights?” Mikidadi asked.

Shoka Msuko, 78, said he has lived on the land through all governments [since Independence]. “This time, I will not move out,” Msuko said.