• President Uhuru Kenyatta said political gatherings are one of the factors that have led to the surge of coronavirus cases. 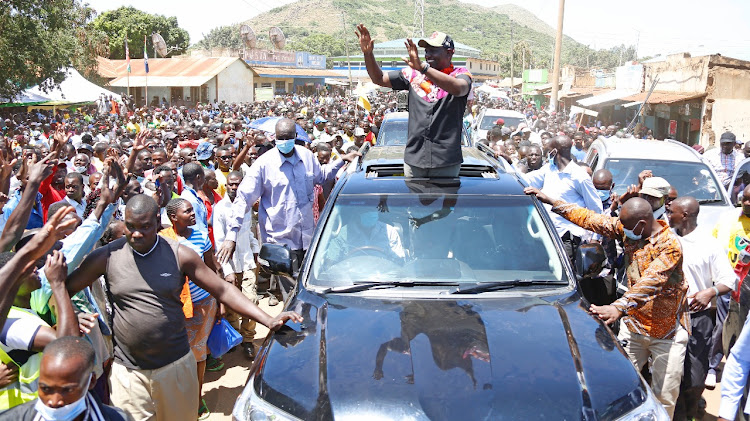 Deputy President William Ruto has heeded to the order issued by the president prohibiting all forms of political gatherings in the country for one month.

On Friday, President Uhuru Kenyatta said gatherings are one of the factors that have led to the surge of coronavirus cases, hence the need to ban it.

Hours after the order was given, Ruto said that his public engagements were suspended until further notice.

The DP added that the rate of infection has become a serious source of concern, making it necessary for the government to take remedial measures to manage and contain the pandemic.

"With the president's announcement of containment measures I forthwith suspend all public engagement until further notice," Ruto said.

He had earlier led the empowerment of more than 3,000 boda boda riders drawn from 54 groups from all the four wards in Funyula constituency at the Funyula Stadium, Busia.

Ruto presided over the event with more than 6,000 boda boda operators from Budalang’i constituency.

During the address, the DP said that every hustle matters.

"This is the principle behind our bottom-up economic approach. The more focus we give to small businesses, the more they succeed and the better for our economy and society."

Other political leaders are expected to follow the move taken by the DP.