Schools stare at cash crunch ahead of KCPE, KCSE exams 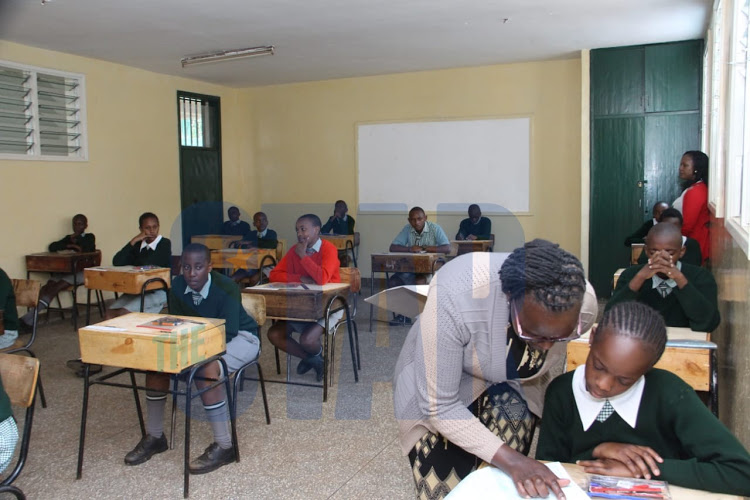 Schools are staring at financial distress, with heads reporting a slump in funds to run operations, ahead of KCPE and KCSE examinations.

The Education ministry had, in January, released half the amount — Sh14.6 billion to fund secondary schools and Sh4.6 billion for primary institutions— earmarked for the Free Primary and Day Secondary education programmes.

Outgoing Basic Education PS Belio Kipsang said the remaining half would be sent to schools in the course of the term.

However, with less than a month to the close of the term and with the national examinations nearing, the heads are now raising concern over the State's silence on the fate of the remaining allocation.

Disbursement of money to schools is done in the ratio of 50:30:20 or terms one, two and three.

This means half the money is sent in first term, 30 per cent in second term and the balance released in third term.

Each primary school pupil receives Sh1,420 capitation per year as those in free day secondary schools are allocated Sh22,244.

Indimuli Kahi, the Kenya Secondary School Heads Association chairman, claims that the funds are yet to hit the school accounts and that which was provided has been exhausted.

This, Kahi argues, has pushed school heads to distress as it becomes increasingly difficult to pay salaries for subordinate staff and running day to day operations.

If not managed, Kahi warns that the ripple effects could hit hard on candidates sitting the 2020 KCSE test.

"The government has frequently repeated its commitment to protecting funding for schools and to improving the life chances of disadvantaged pupils," Kahi said.