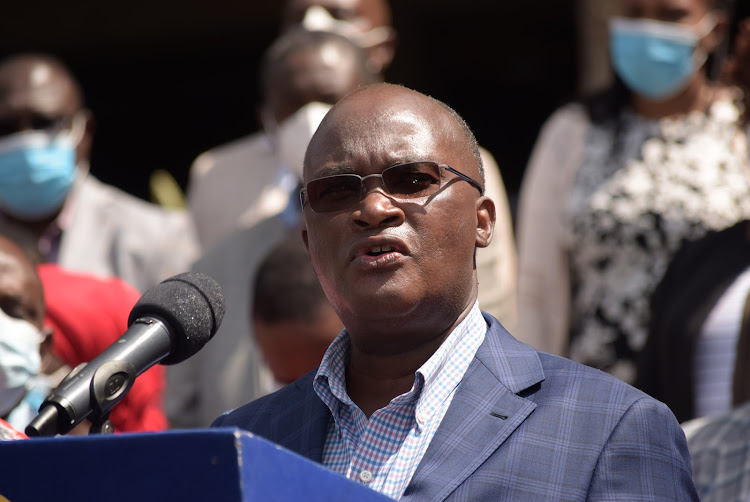 All PSV drivers will be required to take regular blood alcohol tests as schools resume and children's safety is paramount.

"Drivers will not travel long distance to avoid fatigue," Macharia said during a  briefing at KICC by a multi-agency team on full reopening of schools.

Other drivers are also expected to be tested.

Schools were closed in mid-March last year as a result of the Covid-19 pandemic.

More than 17 million students missed as many as nine months of formal education.

Macharia said the transport sector remains key in both transmitting the coronavirus and mitigating its spread.

He said 90 per cent of travellers use public transport.

Macharia said in the last two days, his ministry has been involving key stakeholders in public transport system.

The Matatu Owners Association has agreed to have all drivers tested for blood alcohol content, he saud

The CS said they agreed the fare will not be hiked because parents are already reeling from the economic impact of Covid-19.

"The Kenya Railways will have full intracity trains. We have 20 trains running tomorrow (Monday) and we expect to move 60,000 passengers back to school," the CS said.

Macharia said two trains will be coming from Mombasa daily while another two will be leaving Nairobi for Mombasa.

"They will be inter-county trains. All the trains coming to Nairobi will be stopping at seven stations," he said.

The line was refurbished last year for Sh1.8 billion.

The Nairobi Central Station serves as the nerve centre of operations connecting to 10 stations in satellite towns, including newly built stations in Donholm and Pipeline.

Kenya Railways serves as many as 230,000 passengers daily.

The project has been described as a game changer in reducing both vehicular and human traffic jams .

Passengers are expected to save time and money and enjoy comfort.

The commuter rail is part of the Master Plan of an integrated commuter system within the city and its environs.

Kenya Railways Managing Director Phillip Mainga had earlier said that on average they move 30,000 to 40,000 passengers through the station daily.

He said every day Kenya Railways is operating a minimum of three trains in the morning and another three in the evening, on all routes

The CS suggested that operators should take details of passengers for easier tracing.
News
2 years ago
by GILBERT KOECH News Reporter
News
03 January 2021 - 23:00