• Nyangarama was taken to the hospital three weeks ago when he tested positive for coronavirus.

• He was immediately admitted to the Covid-19 ICU “as he required a lot of oxygen”. 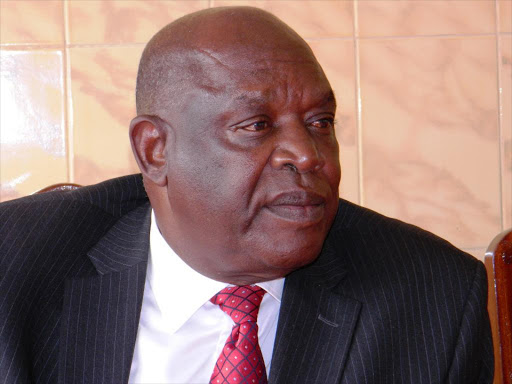 Nyamira Governor John Nyagarama has died at the Nairobi Hospital due to Covid-19 complications.

Nyangarama was put on life support on Sunday night and his family was called in on Monday after his condition deteriorated.

Nyangarama, 74, was taken to the hospital three weeks ago when he tested positive for coronavirus.

He was immediately admitted to the Covid-19 ICU “as he required a lot of oxygen”.

“He was a patient on increased oxygen demand. He stayed in the Covid-19 ICU under the care of doctors and nurses who are dealing with the coronavirus cases,” a source familiar with the governor’s treatment said.

After 21 days of being managed by medics, a final test was done on him last week. It came out negative.

Doctors reportedly recommended that Nyagarama be transferred to the normal ICU to proceed with close medical monitoring as his lungs had suffered "multiple failures".

The second-term governor and former long-serving Kenya Tea Development Authority director is among many other leaders who have contracted coronavirus and ended up in hospital.

He urged residents to remain calm and ignore rumours about the governor’s health as pronounced by some social media bloggers.

“Governor John Nyagarama is recuperating well. Let the media, including users of social media, learn to practise responsible journalism. They should be fair to the family and friends of the governor, including the employees of the county government, and pray for his quick recovery,” Ntabo said in a statement.

He is one of the leading proponents of the Building Bridges Initiative process in the South Nyanza region and has been rooting for the proposed referendum.