THE FALL OF MIKE SONKO

• Last week, we had our own rendition of a Kenyan fragging. Only that this time, it did not involve use of explosive weapons, neither did it lead to physical death.

•  It, however, involved use of electronic warfare that may lead to a political death. 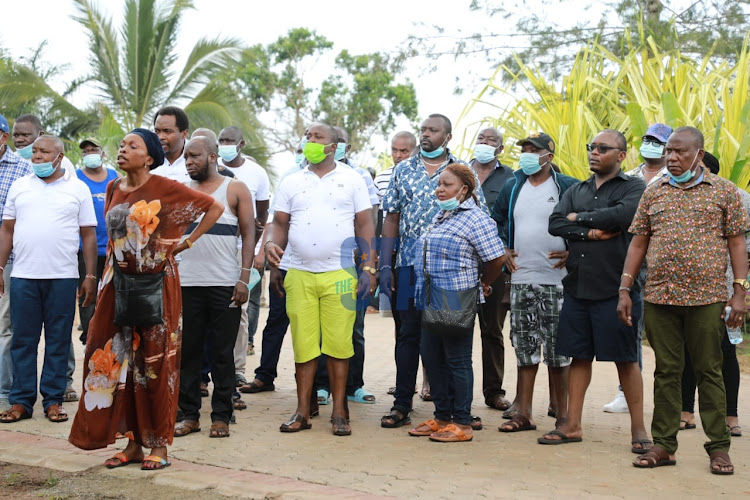 Imagine you are a soldier deployed to war. Your commanding military officer is overly aggressive in waging war.

His aggression leaves you and your fellow soldiers exposed to the unnecessary danger of being killed by the enemy, just so that he could gain glory and advance his own career.

You are faced with two choices: One, you either get rid of him, or two, you resign to your fate and let him risk yours, and your fellow soldiers live with his crazy heroic cowboy tactics. What do you do?

If this sounds like a movie script, it isn’t.

This happened during the long, costly and divisive Vietnam War, which was fought for 19 years from late November 1955 to April 1975.

The demand for soldiers to fight in this war caused the armed forces to lower their standards for inducting officers and enlisted men.

This led to a rapid rotation of personnel, especially of officers, who served on average less than six months in command roles.

This rotation resulted in a decrease in the stability and cohesion of military units.

As the war dragged on, its support by the American public, and among the American soldiers, heavily waned as they began to view it as unjust and unwinnable. This led to openly mutinous behaviour by the soldiers.

One night on March 15, 1971, as a group of artillery officers stationed at the Bien Hoa Air Force Base were relaxing after having a meal, the air was suddenly shattered by the sounds of an explosion that ripped through their base.

The officers quickly assumed their defence positions because they thought it was an attack by the Viet Cong. However, strangely enough, there were no sounds of further attacks from the presumed enemy.

Shortly after, their battalion commander came to inform them that the source of the explosion was a hand grenade that had been tossed through an open window into the senior officers sleeping quarters killing two senior commanding officers.

The grenade had not been tossed by the enemy but one of their fellow soldiers. This became the first incident of fragging.

Since then, fragging became a term that describes the deliberate killing of a superior officer by his junior, using a fragmentation grenade to make the killing seem accidental.

In the case of fragging, a grenade is the weapon of choice because when it explodes, it splinters into thousands of tiny fragments, leaving no fingerprints as evidence.

And unlike a bullet that can be traced to a particular person and gun, you cannot associate a firing pin with a particular grenade. Hence it becomes impossible to find the culprit.

Last week, we had our own rendition of a Kenyan fragging. Only that this time, it did not involve the use of explosive weapons, neither did it lead to physical death. It, however, involved use of electronic warfare that may lead to political death.

Governor Sonko has been accused of violating the Constitution, abuse of office, gross misconduct of allegedly persistently intimidating, harassing and blackmailing officers of the County Executive, and ineptitude to govern the county.

In a bid to scuttle his impeachment, Sonko sequestered about 70 MCAs in Kwale county, hosted them in high-end luxurious hotels, and switched off their phones to ensure they did not vote for his impeachment motion.

He even went further and paraded them through a live social media live stream, to demonstrate the county assembly did not have the requisite numbers to impeach him.

But to his surprise, the impeachment vote still carried the day. It has since been alleged that some of the MCAs who went to Kwale still went ahead and voted for the impeachment motion through their personal assistants.

In their defence, the MCAs claimed their accounts had been hacked, and their credentials used to log into the electronic voting system.

Begs the question, was this a case of forged or fragged impeachment? Did the impeachment vote pass through hacking of unwilling MCAs’ credentials, or was it a case of Sonko’s own soldiers throwing him under the bus? The jury is still out.

Many politicians, led by Sonko, are in disbelief at how this fragging happened. But why are they surprised at this outcome?

Are they not the same politicos who persistently beseech us to ‘kula kwa mpinzani wangu, lakini piga kura kwangu? (eat at my rival’s place but vote for me)’

I submit that it is highly plausible that the Sonko-allied MCAs who alleged hacking had grown weary of the governor’s aggression to waging war against the establishment.

It is probable that they had finally come to the realisation that Sonko’s aggression, similar to the commanding officers in the Vietnam war, had increasingly left them vulnerably exposed, all so that he, Sonko, could continue gaining glory and fame, and advance his tenure and grip as the county governor.

So, like the American soldiers, disillusioned by the inevitable unwinnable war, they were faced with two choices: To impeach him through proxies, or to impotently let him risk their political lives. What did they choose? You be the judge.

Finally, my unsolicited advice is to Sonko. You cannot change the direction of the wind, but you can adjust your sails.

Likewise, the wind of those not in favour or your incumbency as the Nairobi governor has blown your impeachment right onto the floor of the full Senate House.

As a former senator, you had, or still have, alliances within those senatorial circles. But, alliances, particularly political ones, last as long as they are expedient. Has the shelf life of that expediency expired? Only time will tell.

“It's hard to tell who has your back, from who has it long enough just to stab you in it” -  Nicole Richie

Some 70 MCAs allied to governor fail to attend impeachment sitting, go to Kwale for retreat.
Counties
1 year ago