He witnessed a man die as he gasped for breath while doctors debated on who to take out of oxygen to accommodate him. 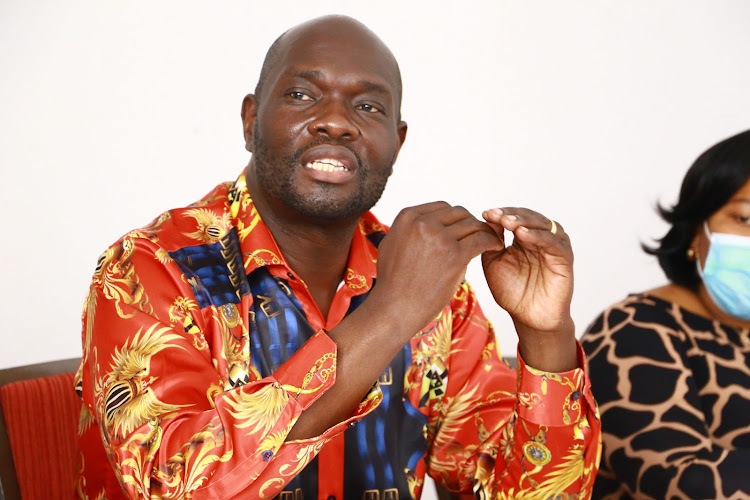 Joseph Onyango, like many Kenyans, had not taken Covid-19 with the seriousness it deserves - until he contracted it and knew first-hand how devastating it can be.

One day, the Institute of Human Resource Management chairman felt mildly ill and thought it was the normal flu.

He went to hospital and was asked to undergo the Covid-19 test. It returned a positive result.

The seemingly endless journey to get a bed began. Driving for almost three hours, Onyango was turned away at almost all the major hospitals in Nairobi.

“All those hospitals were fully booked and remember it was at night and I had to be put on oxygen,” Onyango said.

He narrated his ordeal on the sidelines of a three-day talent summit in Shanzu, Mombasa, on Friday.

Finally, he was able to get a bed in the triage section of a hospital which had been turned into a Covid-19 centre.

“There were beds all over the place and most of those occupying the beds were on oxygen,” Onyango said.

Then something happened that hit him hard at the core of his heart and at the centre of his thoughts. It was then that he realised the severity of the situation.

“Somebody was dropped by a vehicle as I watched because I was not so badly off, and the doctors were asking each other, ‘Which one of these patients should we take off oxygen so that this one can be put there?’” Onyango said.

As the doctors discussed this, the patient who was by then gasping for breath, his family already desperately wailing seeking the doctors’ help, suddenly stopped fighting for air.

He had given up. He was gone.

Onyango watched in horror, thought after thought racing through his mind as he thought of his family.

“These are things that we are seeing now. And the truth is, the number of people collapsing out here could be in their thousands. They are dying without being recorded,” Onyango said.

He said the official records may not be the truth as more people who could be dying at home without knowing they had even contracted Covid-19.

“Luckily for me, I was managed in that situation and was put in isolation in the house for 10 days,” said Onyango.

He said he could see and feel the stigma he was subjected to, with even some of his close friends not wanting to associate with him even after recovering.

He said his heart goes out to the health workers who every day put their lives on the line to save others.

“They are just walking into death traps every day knowing that they are not entirely safe. But you will see that they are very devoted. They are out there to save lives yet their own lives are not being looked after,” he said.

He said the Ministry of Health directives against Covid-19 are simple and life-saving.

“Kenyans must just learn to adhere to them. They must not go to public places without wearing masks,” the IHRM chairman said.

He said social distancing may be difficult to achieve in most places but Kenyans must realise it is their lives that are at stake when they are in crowded places without masks.

He warned Kenyans against following in the footsteps of politicians, saying they are hundred times better off than the ordinary Kenyan.

“Today, when they get sick, they will be airlifted to some of the best hospitals in the country and a bed will immediately be found for them,” Onyango said.

He said the death of Matungu MP Justus Murunga was a reminder that Covid-19 is real and does not discriminate.

He said adherence to the Covid-19 protocols is one of the simplest things to do to stay safe.

He called on the government to establish a Health Service Commission, saying it will set standards that will ensure the health sector in the country is of high quality.

The commission will address the plight of health workers across the country and ensure their safety.

He said the government should enforce the protocols strictly. “Unnecessary movement should be stopped. Do not go to a place unless you absolutely have to,” said Onyango.