Kenya seeks to increase its forest cover from the current 7.2 per cent to 10 per cent by 2022

• The current demand for wood products has hit 45 million cubic metres against a supply of 30 million. 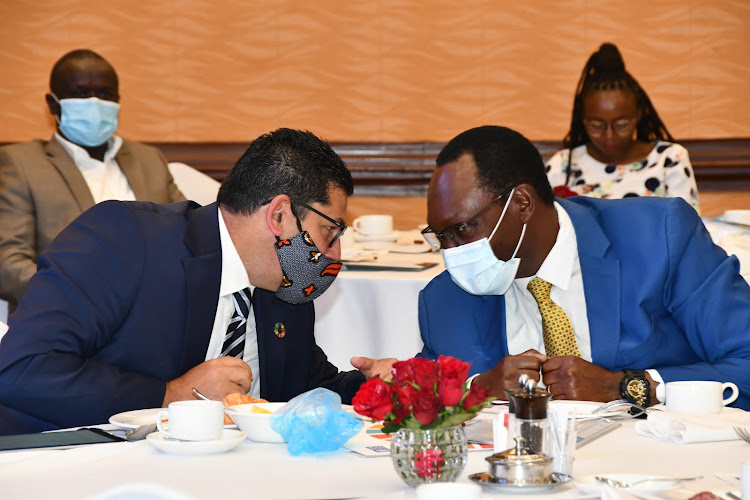 The demand for wooden products in the country outweighs the supply, threatening efforts aimed at increasing the forest cover.

Head of Forest Conservation Alfred Gichu told a media breakfast meeting on Wednesday that the current demand for wood products has hit 45 million cubic metres against a supply of 30 million.

"We have a deficit of 15 million cubic metres that must be addressed," he said at Serena Hotel in Nairobi.

Gichu said Kenya currently relies on imports. The country has progressively increased its hardwood timber imports from the DRC and other countries to bridge the widening gap between local timber production and demands.

Gichu warned that the countries where products are coming from have international obligations to meet insofar as cutting emissions is concerned.

Gichu said forests must be protected as the country embarks on massive infrastructure projects. "We need an extensive tree growing investment towards raising two billion seedlings that are of high quality to hit the 10 per cent forest cover by 2022," he said.

Gichu said Sh48 billion is needed towards the venture. "The annual cost of inaction is Sh168 billion over the strategy implementation period."

He said information on what needs to be planted where must be available.

Gichu said land for rehabilitation and restoration must be identified. He said most institutions such as KDF, NYS, Prisons, the police have huge parcels of land that needs to be utilised. Gichu said arid and semi-arid areas must also be used.

"We must also promote trees in farmland that accounts for 10 million hectares," he said adding that by having 10 per cent of such land covered by trees will yield one million hectares.

PS Kiptoo said the low supply has seen a rise in over-exploitation of forest resources. This, he said, saw the government impose a ban on logging and extraction of timber in all public and community forest.

"The Cabinet will soon consider the lifting of the ban. It will be announced at the appropriate time by the CS," Kiptoo said.

He said the Cabinet has approved more funds towards increasing the capacity of Kenya Forest Research Institute. He said the 100 tonnes of seeds that KEFRI will produce is enough to have 2 billion seedlings needed.

Kiptoo lauded counties that are leading in terms of forest cover such as Nyeri with 38 per cent, Elgeyo Marakwet (37.5 per cent), Lamu (34 per cent), Baringo (25 per cent) and Kericho 24 per cent. He said some counties such as Siaya lag behind with 0.42 per cent.

Badawi said Kenya loses about 12,000 hectares of forest each year through deforestation.

"About 12 per cent of the land area which was originally covered by closed-canopy forests have been reduced to about 1.7 per cent of its original size," Badawi said.

Badawi lauded the programmes the government has initiated to reverse the trend. He said the UNDP is ready and willing to help Kenya get into the right trajectory by using its longstanding experience.

The deputy CCF urged Kenyans to rally and help the country achieve the 10 per cent forest cover, saying it is possible.