• The standards agency awarded vehicle inspection tender to EAA and ATJ, which the auditor general had recommended to be barred from such contracts.

• PIC wants the concerned charged with breach of procurement laws, forgery and procurement without approved budget or plan as the law. 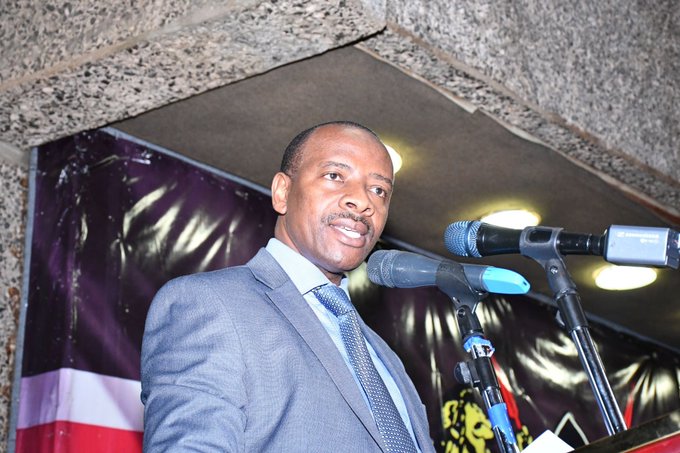 MAN IN TROUBLE: Kebs managing director Benard Njiraini who is again in trouble barely a month since he was arrested by EACC sleuths for obstructing a bribery investigation linked to the controversial vehicle inspection tender.
Image: COURTESY

A parliamentary oversight committee report has laid bare irregularities in the procurement of a used vehicle inspection tender by the Kenya Bureau of Standards.

The PIC has asked the Directorate of Criminal Investigations and the Ethics and Anti-Corruption Commission to probe the circumstances under which Kebs entered into contract with those firms.

The Auditor General had in a special audit report flagged EAA and Auto Terminal Japan (ATJ) and recommended that they be barred from such contracts.

Kebs, however, awarded the firms an international tender for provision of Pre-Export Verification of Conformity (PVOC) services despite the Auditor General’s advisory.

The agency said the expansion was to mitigate against the risk of relying on one service provider and exposure in case of a dispute or non-performance.

However, the PIC stopped the tender process when Kebs was about to conduct due diligence to verify the tenderers’ qualifications.

The committee, which is chaired by Mvita MP Abdulswamad Nassir, says Kebs blatantly violated the law in total contempt of the Attorney General and PIC.

MPs want the concerned charged with breach of procurement laws, forgery and procurement without approved budget or plan as required by the Public Finance Management Act, 2012.

“The EACC, DCI, and DPP should expeditiously investigate the circumstance with a view to preferring charges against those culpable,” the PIC report says.

The standards agency has an existing contract for vehicle inspection with Quality Inspection Services Inc. Japan (QISJ) - which lapses in April 2021.

PIC says it was wrong for the agency to proceed with the controversial tender in the wake of the adverse findings on the bidders.

The committee warned that the tender puts the standards agency at the risk of litigation should the affected firms seek damages.

“The effect of that award potentially exposes Kebs to litigations due to contractual breach,” Nassir said.

PIC says Kebs managing director should be held personally responsible for any loss should the companies seek damages.

“The MD should be personally held responsible for any loss that Kebs may make arising from litigations associated with award of tender No Kebs/T019-2021.”

At one point, the said firm advised against the tender as amounting to splitting the QISJ contract but later changed tune saying it was okay, unless barred by the regulatory board.

“It was not clear why Kebs opted to seek legal advice of an external firm and not use the services of the Attorney General,” PIC report reads.

The MD was on July 2 arrested by EACC for obstructing a bribery investigation linked to the controversial vehicle inspection tender.

This followed claims Kenyans may have been overcharged Sh2.5 billion in inspection of used imported cars, equipment, and spare parts.

The tender was under wraps and was only discovered during a PIC review of the agency’s books of accounts.

Suspicion arose after Njiraini denied that Kebs tendered for the expansion only to admit the same later after documentary evidence was produced.

The Public Procurement Regulatory Authority (PPRA) said the tender was flawed as it was not approved by the National Standards Council.

The procurement plan had been done on January 2 while invitation to tender was done on December 3, 2019.

PPRA also flagged the approved procurement plan presented by Njiraini as having lacked estimated cost and source of funding for the project.

“The procurement was not based on indicative or approved budget; and was done without purchase requisition. The tender document stifled competition,” PPRA said.

The authority also took issue with tender committee failing to record the number of pages of the bidding document and bid sums by the two firms.

The regulator says Kebs wrongfully charged bidders non-refundable fees of Sh10,000 instead of Sh1,000 as spelt out in the Public Procurement and Disposal Regulations, 2013.

It also noted that despite all bidders being unresponsive, the tender committee recommended they proceed to technical evaluation stage.

“They further failed but were recommended to proceed to financial evaluation,” the report reads.

Kebs also failed to notify unsuccessful bidders when informing the successful ones contrary to the Public Procurement and Asset Disposal Act, 2015.

Finance proposals were opened by the evaluation of committee instead of the tender opening committee in contravention of PPADA.

Kebs, it has emerged, told the AG that it was amending the existing contract only for the AG to learn that it was doing a fresh tender.

AG Kihara Kariuki concluded that the standards agency misrepresented facts to his office and further failed to disclose that the tender had been challenged in court.

MPs recommended that the PPRA commences debarment proceedings against EAA and ATJ as soon as the report is adopted.

The companies are accused of misrepresentation of technical proposal (ATJ) and use of forged documentation (EAA) while tendering for Kebs contracts.

EAA, in it submissions to the committee, denied knowledge of a Kebs due diligence report flagging the company for having knowingly submitted falsified documents.

An audit revealed that ATJ did not have the physical and technological infrastructure to perform inspection in United Kingdom, Japan and United Arab Emirates.