HOPE FOR THE WORST

The indications are frequent and intense droughts, floods and changes in rainfall patterns

• Climate change undermines efforts to reduce poverty, hence the call for a holistic and cross-sectoral approach to achieve sustainable development.

• The scientists said there was a need to close knowledge gaps for effective communication, governance and institutional strengthening. 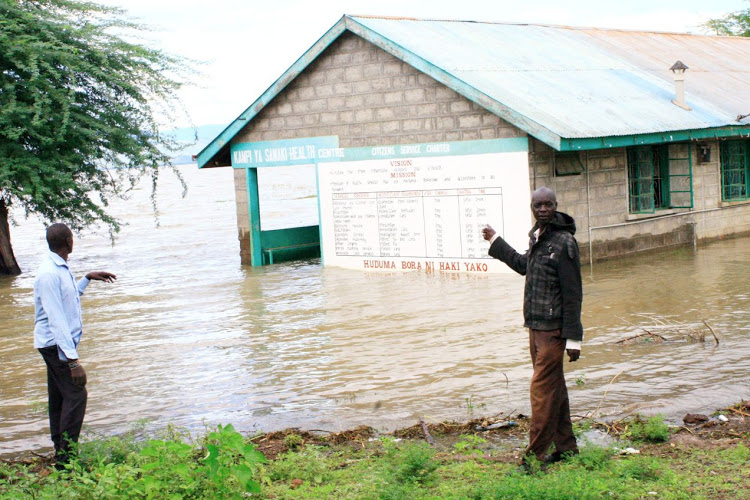 The scientists said the frequent and intense droughts, floods and changes in the rainfall patterns require people to adapt mitigative measures against the changes.

They were discussing Climate Change Challenges and Opportunities in Eastern Africa on webinar earlier in the week.

The panel included head of Institute of Climate Change and Adaptation at the University of Nairobi, Prof Daniel Olago and Richard Anyah, University of Connecticut associate professor and graduate programme coordinator, Department of Natural Resources and Environment.

He welcomed various countries' adoption of green and blue economy principles, which, he noted, spurred advances in science, technology and innovation.

The don also appreciated that the private sector and industry are increasingly getting involved in environmental stewardship and climate change adaptation and mitigation programmes.

He said there was a need to close knowledge gaps for effective communication, governance and institutional strengthening, formal and informal education and awareness creation, science, technology, engineering, arts and maths (STEAM).

Anyah said the number of hot days in eastern Africa are increasing. There are also projections that Eastern Africa will get wetter.

He said the region should be ready for more surprises of climate extremes.

On December 12, 2015 in Paris, parties to the United Nations Framework Convention on Climate Change reached a landmark agreement to combat climate change and to accelerate and intensify the actions and investments needed for a sustainable low carbon future.

The Paris Agreement limits global warming to well below 2°C and pursues efforts to limit it to 1.5°C. It also aims to strengthen countries' ability to deal with the impacts of climate change and support them in their efforts.

The agreement makes it clear that developed countries will provide and mobilise finance to support developing countries.

According to the agreement, of which Kenya is a party, developing countries are supposed to get $100 billion (Sh10.1 trillion) climate funding every year until 2025.

The funds are meant to help turn the world into a zero-carbon, climate-resilient future. This will keep global temperature rise this century well below 2° C and increase efforts to limit the temperature increase even further to 1.5° C above pre-industrial levels.

However, countries such as United States blamed for the mess have threatened to pulled out of the agreement.

He emphasised the need to improve vegetation and build dams to fix the problem.
Counties
2 years ago

Deputy President William Ruto was quoted as saying that Kenyans have a special way of doing their thing. I certainly concur with him. After such a ...
Sasa
9 years ago