Ex-VP Wamalwa's children get 10 acres each in estate battle

Wamalwa's children have been battling in court over who should manage the estate and what each should get. 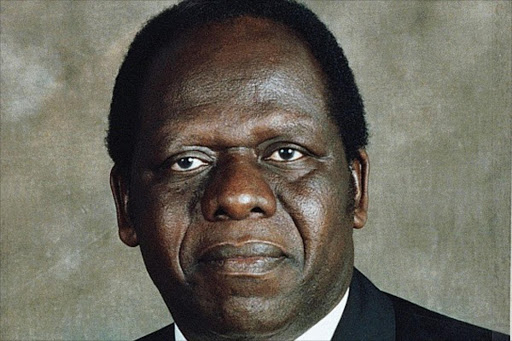 Wrangles over the estate of late Vice President Kijana Wamalwa have finally been put to rest with each of the five dependents getting 10.4 acres.

The biggest beneficiary is Derek Mboya who initially faced opposition from some of the siblings who said he is not a biological son of Wamalwa and therefore should not be given any share of the properties.

But in a decision reached by High Court judge Aggrey Muchelule all the five children - Jabali Jacob Ravn, Alice Muthoni, Derek Mboya, William Wamalwa and Michelle Nafuna - were recognised as dependents and given equal acreage of land.

According to the decision, a residential house in Kitale on 3.34 acres is to be shared between Jabali, Alice, Derek, William and Michelle, each getting 0.668 of an acre.

The parcel of land at Milimani in Kitale measuring eight acres will be shared among the five with each getting 1.6 acres.

Another parcel of land in Trans Nzoia was split among the five with each being allocated 0.2 acres.

Some 40 acres in Saboti will shared equally with all children getting eight acres each.

The only property that was not shared is the Karen matrimonial home which is disputed.

On April 7, 2015, Muchelule made several orders, one of which was that the public trustee should take over and manage the estate.

However, no one alerted the public trustee of his appointment to manage the estate.

This forced the judge to direct the deputy registrar to formally serve the public trustee with the ruling and also serve him with a notice to attend court on July 31 when further directions shall be taken in the matter.

Wamalwa's children have been battling in court over who should manage the estate and what each should get.

At the centre of the row is the Karen home that was partly paid for by the government after Wamalwa’s death.

By the time of his death on August 23, 2003, Wamalwa had paid Sh19.5 million and the balance of Sh31.9 million cleared by the government.

Widow Yvonne had argued that the Karen home was not part of his estate.

Before her death, Yvonne wrote a will bequeathing the house to her daughter Michelle Nafuna and son Derek Mboya.

Muthoni claimed Derek was not Wamalwa’s biological son and should not be a beneficiary of the estate.

She said that Derek’s father is alive and is a man of means “from a reputable family of Tom Mboya”, and that his mother was only using him to increase her stakes in the estate.

The children were also battling for two apartments at Akila I Estate along Mbagathi Road in Nairobi, 40 acres in Trans Nzoia and 3.8 acres in Milimani, Kitale.

There were 3.34 acres on which Wamalwa’s residential home stands and property only described as Agricultural Finance Corporation, also in Kitale.