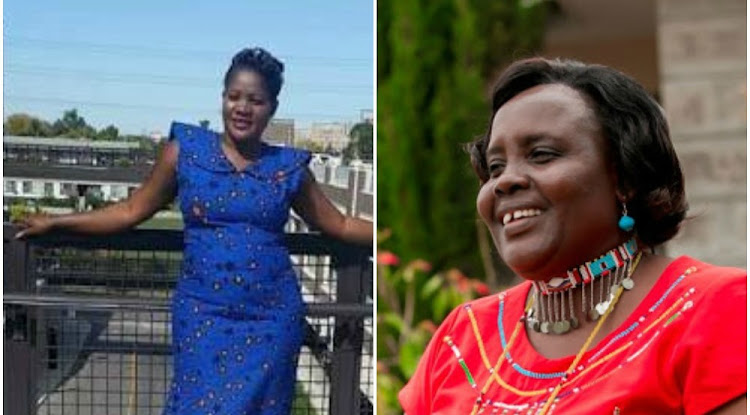 Beatrice Kwamboka and Mary Seneta went at it and one went for the other's throat. The reason was the controversial election of Narok Senator Ledama Ole Kina as Health committee vice chair.

In a letter to the speaker dated July 2, the Ethics and Anti-Corruption Commission urged him to punish the lawmakers for violating the integrity and ethical requirements governing the conduct of state officers.

EACC Chief Executive Office Twalib Mbarak said the senators' conduct constitutes a breach of the  Constitution, the Leadership and Integrity Act, 2012, the Public Ethics Act, 2003 and the Parliamentary Powers and Privileges Act, 2017.

Last Saturday, Senate Majority Chief Whip Irungu Kang'ata disclosed to the Star the Senate leadership was investigating the the circumstances that led to the fistfight between the ODM and Jubilee senators.

“The matter is under investigation to ascertain facts. So far, we have conflicting information on what really transpired,” Kang'ata told the Star.

Twalib wrote to Lusaka, requesting him to enquire into the conduct of the two senators with a view to taking appropriate action. He cited Section 15 (5) of the Parliamentary Powers and Privileges Act, 2017, Rule 12 of the Conduct for Members of Parliament and the relevant Standing Orders of the House.

“The commission's attention has been drawn to reports appearing in both print and electronic media of an incident that happened within the precincts of the Senate on July 1, 2020, where senators Beatrice Kwamboka and Mary Seneta are alleged to have differed over the election of Narok Senator Ledama Ole Kina as deputy chairperson of the Senate Health Committee.

“It is alleged that the two legislators were involved in a scuffle,” Mbarak wrote.

The CEO said the allegations constitute serious ethical issues and would amount to a serious breach of the integrity and ethical requirements governing the conduct of state officers.

“The commission wishes to particularly draw your attention to the provisions of the Leadership and Integrity Act, 2012, which binds state officers to carry out their duties in a manner that maintains public confidence in the integrity of their respective offices,” he added.

The Committee on Powers and Privileges is required within 14 days to enquire into the conduct of a member whose conduct has been the cause of a complaint.