Thousands stranded, fares hiked as many struggle to travel 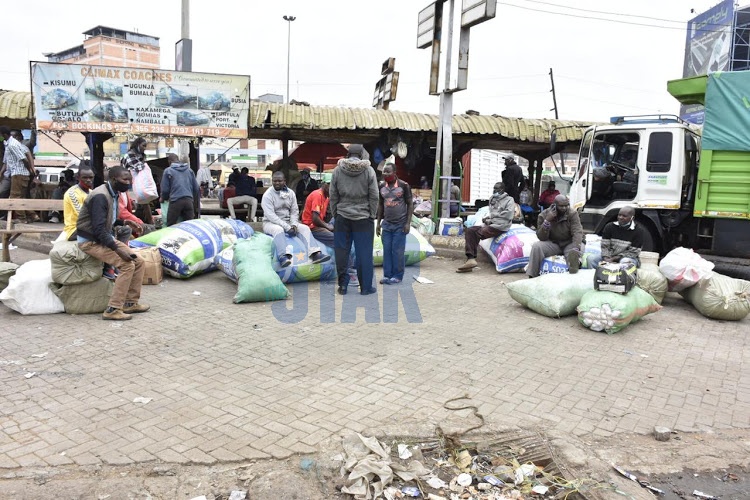 Thousands of travellers remained stranded across the country after President Uhuru Kenyatta opened Nairobi, Mombasa and Mandera on Tuesday following the Covid-19 pandemic.

The three counties were locked down to stop the spread of the virus in other counties as they were considered hotspots.

A spot check by the Star established that fares across the country were hiked up to 100 per cent after the main bus transport companies failed to start operations from Tuesday.

The main bus operators said the government had failed to provide travel guidelines on time to enable them resume business.

However, Nissan matatus and mini-buses capitalised on the situation to maximise on the returns.

“We are waiting for the Ministry of Health to give us guidelines so that we can resume operations,” Mohamed Saif, a senior director at the Dreamline Bus company, said.  Dreamline operates to Mombasa, Nairobi, Kampala, Kitale, Busia and Kisumu.

“We are ready to start operations and expect the numbers to go up. People still fear travelling, but we believe the business will go back to its best levels on time.” 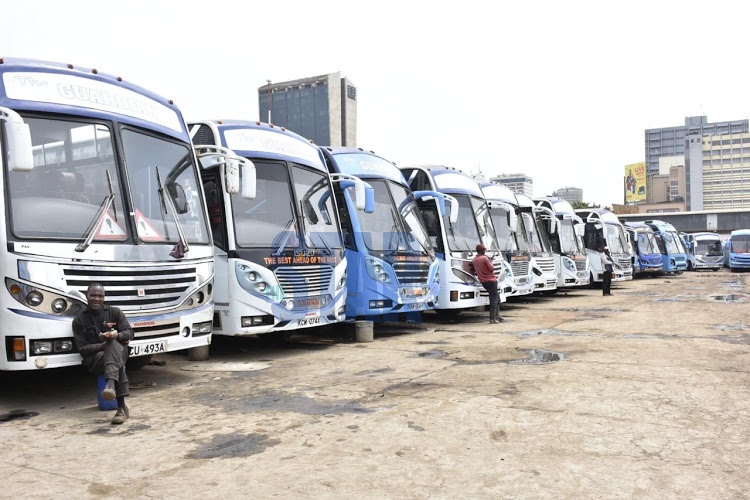 Saif said most people were leaving the cities or coming back.

"However they are charging exorbitantly and the security of the passengers is not guaranteed," he said.

"They are now using private cars and we also understand the fare is still very high.”

On Tuesday the fare from Nairobi to Western remained Sh3,000 instead of Sh1, 200 shillings.

“Travellers to Machakos from Nairobi are being asked to pay Sh1,000 from the normal Sh200. The operators are taking advantage of us and yet we have also suffered economic challenges following the Covid-19 pandemic,”  Kivisu Philip told the Star at Country Bus, Nairobi.

Passengers travelling to Embu were asked to pay Sh1,000 instead of the usual Sh500.

“Most operators fear intimidation and extortion from traffic police officers. We expect the situation to normalise so that we can know what to do,” an operator in Nairobi's country bus who requested to be anonymous said.

Modern Coast marketing manager Marvin Obado said traffic flow to Mombasa remained high but they could not operate without the ministry’s approval.

“We have many people who want to travel to Mombasa and other parts of the region. They include Uganda and Rwanda but we can’t operate until the government gives us guidelines,” he said. 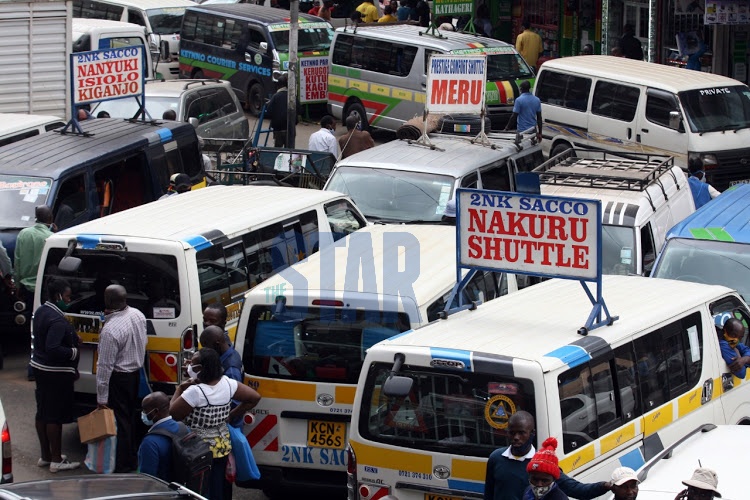 A mother of three, who didn’t want her name mentioned, said she was afraid of using private vehicles to travel to Kitale.

“Only a few Nissan matatus are coming here but it’s hard for us to get seats since people are fighting for the few seats available,” she said.

“Though private cars are also coming, they are very risky to use.” 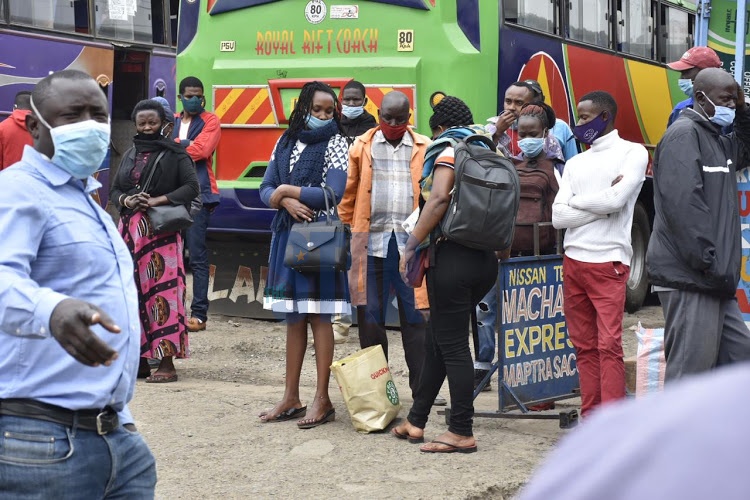