Mwende pleads for forgiveness from God and relatives.

• Mwende said she was in pain and trying to come to terms with what happened.

• The mother of six narrated how she killed the children one after the other on Friday night before retiring to bed. 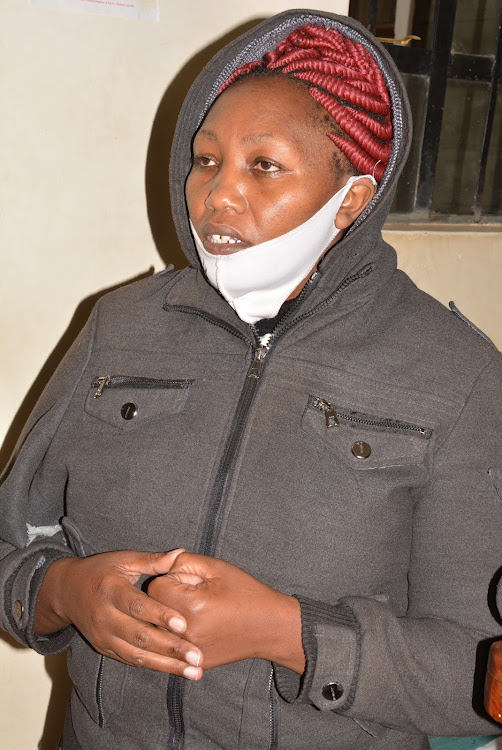 A woman accused of murdering her four children in Naivasha says she was led by evil powers from her ex-boyfriend to commit the offence.

Beatrice Mwende, 42, said she was possessed and still thinks the killings are nothing but a bad dream. She instead blamed the former boyfriend for the deaths. They parted ways last year.

Mwende said she was in pain and trying to come to terms with what happened. She was arraigned before Naivasha senior resident magistrate Yusuf Baraza.

The mother of six narrated how she killed the children one after the other on Friday night before retiring to bed. She appeared composed.

Mwende, a Mathematics teacher who worked with an NGO in Naivasha town, apologised for her action and called for mercy, saying she did not know what she was doing.

“My former boyfriend had some powers that he would use to control me and on that day he and his evil powers led me to kill my four children,” she said.

“I'm hoping that this is a bad dream and I will wake up and find my children healthy because I would never hurt even a fly."

Police in Naivasha were allowed to hold her for seven more days as they complete investigations. Through a miscellaneous application, Samuel Wambugu said Mwende was arrested hours after the incident was reported and they had yet to conclude investigations, hence the need for more time.

“We are asking that the court allows us to continue holding the suspect in our cells as we conduct the postmortem and take her for a mental check-up,” Wambugu requested.

The magistrate consented. The accused is expected in court on July 6.

The police will rely on postmortem results and a report based on her mental examination.

Recalling her relationship with the ex-boyfriend, Mwende said he would take control of her actions, ordering her to do all manner of odd things.

She said that on the 26th day of every month, she would be possessed by evil spirits that commandeered her to do things out of control. She pleaded for God's and relatives' forgiveness. At no time had she contemplated killing her four children, she said.

Mwende said that on Saturday morning, on realising what she had done, she went to look for the man, whom she said works in Naivasha town.

On the letter she left behind, she said she was dazed while writing it, adding that she was now ready to serve a jail term for her mistakes.