Judge declines to recuse self from Tuju's Sh1.6bn debt suit

Instead, she referred case to another judge to determine who will hear it

• Tuju had argued the judge was biased towards the bank.

• Judge said there was no evidence that she was biased towards any party in the case. 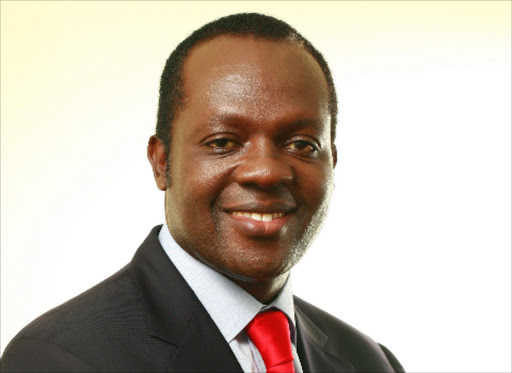 Jubilee Secretary General Raphael Tuju has suffered a setback after a judge refused to disqualify herself from the case between him and East African Development Bank over a Sh1.6 billion debt.

Justice Grace Nzioka dismissed an application by Tuju that had asked her to recuse herself from the case on grounds she was biased towards the bank.

In her ruling, Justice Nzioka said there was no evidence to show that she was biased towards any party.

“I find absolutely no evidence to support the allegations to warrant this court to recuse itself from this matter, there is no evidence of bias by the court in this matter,” she ruled.

However, she referred the file to Judge Mary Kasango - who has equally handled the matter – to address issues of contempt of court against Tuju.

In March, Kasango ordered the Jubilee SG to allow receivers to access his property in Karen as had been directed by the court, but the bank alleged that they had been blocked from accessing the property.

Justice Nzioka directed that the matter be placed before Kasango on June 3.

The court also said it had no personal interest in the case and its only concern was that the matter should be heard expeditiously.

“It is in this regard that I order that when this matter gets to the desk of the next judge who is the presiding judge of the division. She is at liberty to order that this matter can be heard by any other judge purely in the interest of justice,” she held.

Tuju, through his lawyer Paul Muite, had argued that Nzioka had shown bias in favour of the bank which was damaging to his company Dari Limited.

The CS without portfolio said he will not get a fair hearing.

"The informal manner in which the judge has conducted this matter shows she is biased against me and the directors of Dari. This will deny us a fair trial," Tuju argued.

However, the bank through lawyer Fred Ojiambo opposed the application accusing Tuju of using it as a delay tactic.

Tuju had moved to court in December last year seeking to stop the bank from taking possession of his property over the Sh1.6 billion debt.

The bank initially filed the case before a London court seeking to compel Dari Limited to offset the Sh1.5 billion loan. The court allowed the regional bank to recover the money from Tuju’s real estate company.

According to court documents, the loan was meant for the construction of Sh100 million two-storey bungalows.

It was also meant for the purchase of a nine-year-old bungalow built by a Scottish missionary, Dr Albert Patterson. The bungalow currently operates as a high-end restaurant.