The strategy will completely lock out Ruto allies from the lucrative position.

•Kamar, Madzayo, Kilonzo and Pareno among those being considered for the position

by JULIUS OTIENO Journalist, Political and Parliamentary Reporter
News
26 May 2020 - 05:00 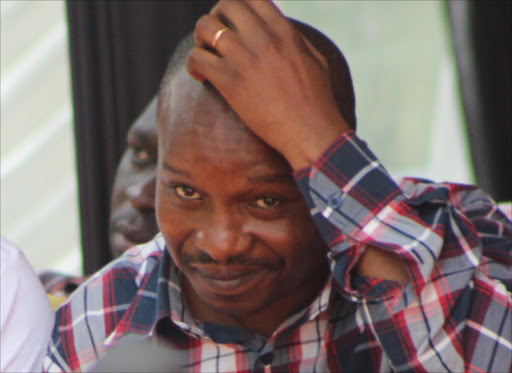 Jubilee senators allied to President Uhuru Kenyatta and their NASA counterparts are working on a deal to field one candidate to replace former Senate Deputy Speaker Kithure Kindiki.

The Star has learnt that negotiations and consultations for Kindiki’s successor have been ongoing between the two parties whose overwhelming numbers sealed Kindiki’s fate.

The lot christened 'handshake team' is keen to avoid competition that could grant the faction allied to Deputy President William Ruto an unlikely victory.

“What we will avoid is outright competition. Ideally, we just need one candidate that we can all vote for at once,” Mutula said.

The move could be seen as a strategy to completely lock out Ruto allies from the lucrative position.

“It is something that will be agreed upon because the ideal situation would be that Jubilee should have their position. But if they don’t have a candidate, we will field a person for that position,” Mutula added.

Last Friday, the handshake team marshalled 54 votes to remove Kindiki, a Ruto confidant who got the support of only seven senators.

Senate Standing Orders do not specify the time-frame for election of a Deputy Speaker if the seat falls vacant before the expiry of the term of Parliament.

Standing order 13 (3) reads, “If the office of Deputy Speaker falls vacant at any time before the end of the term of Parliament, the Senate shall, as soon as practicable, elect a Senator to that office.”

According to the Standing Orders, a candidate wins the seat of speaker or deputy speaker if he or she gets an overwhelming two-thirds of the votes.

Going by the Friday’s vote, a candidate backed by the ‘handshake team’ will easily sail through in the first round of voting.

The Star has established that Jubilee is fronting Uasin Gishu Senator Margaret Kamar for the covered seat – the second in command in the hierarchy of leadership in the Senate.

Kamar sits in the speaker’s panel and is one of the most experienced legislators in the 12th Parliament.

Since she is hailing from the DP’s backyard, the party is said to be seriously considering her to diffuse the growing concerns in Ruto’s home turf that the President was targeting his (DP’s) allies in his purge.

NASA, on the other hand, is said to be keen to leverage cordial working relationship between the President and Raila to field a candidate for the seat.

Kilifi Senator Steward Madzayo, an experienced, retired judge, and his nominated colleague Judith Pareno, a member of the speaker’s panel, are said to be on NASA’s cards in case Jubilee fails to get a suitable person.

The Star has also learnt that the handshake backers were considering Mutula for the seat to give room for Narok Senator Ledama Ole Kina in an intricate arrangement to accommodate the interest of the Maa community.

The Makueni Senator neither confirmed nor denied the assertions only saying "I have not heard of that."

Ole Kina was de-whipped from the chairmanship of the powerful County Public Accounts and Investments Committee and sources revealed that he could be accommodated in the House leadership as part of Uhuru and Raila’s plan to bring all regions on board.

by JULIUS OTIENO Journalist, Political and Parliamentary Reporter
News
26 May 2020 - 05:00