IT IS NOT US 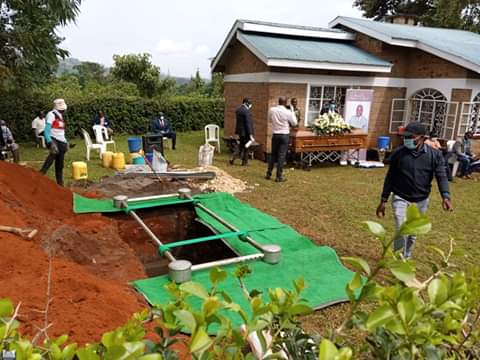 Kenyatta National Hospital has dismissed claims that a lengthy delay in attending to renown Kiswahili author Prof Ken Walibora led to his death.

CEO Evanson Kamuri on Monday said the institution did all it could to save the life of the renown writer.

“We did what we could do that was humanly possible,” Dr Kamuri said and gave a detailed account from 9.53am on April 10 when the patient was brought to the Emergency Section until he succumbed to injuries at the  Intensive Care Unit (ICU).

Kamuri said Walibora was badly injured. He was brought by a Nairobi City County ambulance.

"The patient had serious head injuries and was convulsing when he was brought in. He was categorised as a critically ill," he said.

He was wheeled to the Acute Resuscitation Room within the casualty area which, according to Kamuri, is a semi ICU.

The patient was breathing spontaneously and there was no reason to have him in the incubator.

At 10.10am he was reviewed by the medical team and found to have suffered multiple cuts and serious injuries on the upper limb.

“We could not move the patient to have CT scan, we kept him at the mini ICU,” Kamuri said.

At 4pm, they were forced to take him to the main ICU for incubation after his condition deteriorated and was unable to breathe.

All along – according to CEO - the doctors handling him could not move him to the main ICU because his condition was changing every time they made attempts to move him.

At around 8pm, the condition of the author-cum-journalist worsened and he passed on at around 1.10am on April 11.

According to the CEO, Walibora was attended to in a record 10 minutes after he was brought in and three medical doctors handled him until he died.

“On April 15, we fingerprinted him and identified him as Ken Walibora because some of the relatives could not confirm he was the one given the level of injuries,”  Kamuri said.

The CEO spoke during a virtual meeting with Senate Committee on Health chaired by Trans Nzoia Senator Michael Mbito.

The committee had summoned KNH management to shed light on claims that Walibora lay waiting for help for 14 hours at the facility.

On the fateful day, the author is said to have driven from Lavington to Nairobi CBD before walking downtown looking for a truck to ferry some of his materials to his rural Cherangany home.

He would then be accosted by some people, engaging him in hot pursuit to his death, preliminary investigations showed.

It is at this point that he ran across Landhies Road. He successfully crossed the first lane but at the second one, a speeding 52-seater bus hit him, the witness accounts indicated.

Walibora had more than 40 books to his name.
News
2 years ago

Walibora was hit by a matatu on Landhies Road.
News
2 years ago

Said he was a voice of the community.
News
2 years ago
Post a comment
WATCH: The latest videos from the Star
by LUKE AWICH Political Reporter
News
27 April 2020 - 18:47
Read The E-Paper