WFP says country likelier to suffer pandemic-driven food crisis, than a health one

• Our trajectory can go whichever way. In the coming 10-20 days, we’ll know whether hell breaks loose in Kenya or we dodge the bullet  -  Dr Ahmed Kalebi 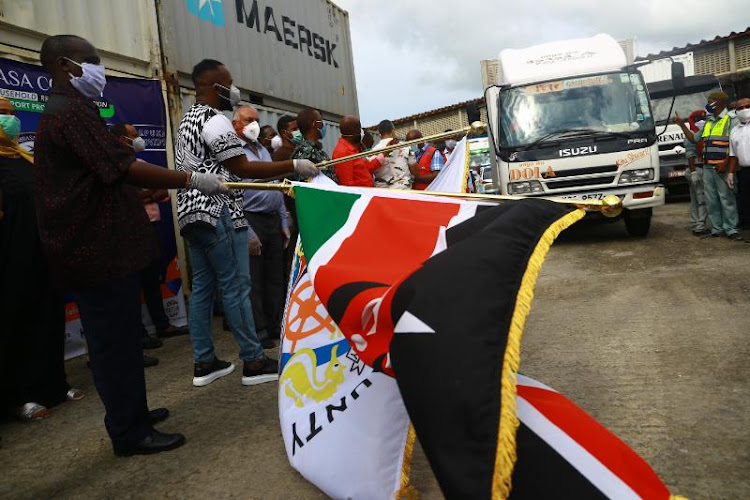 Scientists project that Africa will escape the kind of devastation caused by Covid-19 in Europe and America.

The projection is based on evolving research which suggests the virus does not spread as fast in a warm climate.

Two key studies by scientists in Spain and in the United States agree that Covid-19 thrives in the wintry dry weather and is hampered by warm and humid weather above 18 degrees Celsius.

Based on the studies, the World Food Programme says countries like Kenya are likelier to suffer a pandemic-driven food crisis, than a health one.

"The disease will likely marginally affect the tropics," WFP projects in its latest April status report.

"For many poor countries, the economic consequences will be more devastating than the disease itself."

The first study by Qasim Bukhari and Yusuf Jameel of the Massachusetts Institute of Technology posits that 90 per cent of Covid-19 infections have occurred in areas that are between three to 17 degrees Celsius.

The study is published in the journal Social Science Research Network.

The second is a new modelling study by two Spanish scientists suggesting that countries like Kenya may be less suitable for Covid-19 than a European country in winter.

"Temperate warm and cold climates are more favourable to spread of the virus, whereas arid and tropical climates are less favourable," states the study titled 'Spread of SARS-CoV-2 Coronavirus likely constrained by climate' by Miguel Araújo and Babak Naimi.

THE EXPERIENCE WITH SARS

The authors' models are partly premised on the idea that SARS, also a coronavirus, went away on its own in 2003 as the weather got warmer, and largely did not affect Africa.

Also, influenza has been shown in the lab to be more stable and virulent in cold and drier air, corresponding to winter.

However, recently, Harvard epidemiologist Prof Marc Lipsitch theorised that while Covid-19 may decline in a warm climate, it is unreasonable to expect this decline alone to make a big dent.

"The size of the change is expected to be modest and not enough to stop transmission on its own," he writes on the blog of the Harvard TH Chan School of Public Health.

He says Covid-19 is a new virus to humans and will, therefore, face less immunity and could transmit more readily even in hot places.

The Spanish scientists also warn that climate is just one of many factors likely affecting the spread of the virus.

"Countries like Brazil, for example, with a combination of high human population density and absence of proactive political response to Covid-19, could face epidemic outbreaks even under moderate climate suitability," they say.

WFP also warns the findings must be considered with caution.

"Population density, age structure, quality of medical care and government responses also affect the transmission, probably even more than the weather," it says.

Some scientists, however, are more cautious about reaching a conclusion soon.

David Heymann from the London School of Hygiene and Tropical Medicine says not enough is known about this new virus to predict how it will change with different weather conditions.

“The risk of making predictions without an evidence base is that they could, if they prove to be wrong, be taken as verity and give false security,” Heymann told the National Geographic.

Nevertheless, WFP says the disease will likely unravel into a food security emergency in Africa.

"Where food insecurity is caused by restricted access rather than lack of availability, cash-based transfers should be considered as a standard response," WFP says.

According to Kenyan scientists and medical practitioners, the country is yet to reach its peak, where infections will begin to go down.

He says the disease is already being transmitted locally, based on Google's weekly mobility reports which show peoples’ movements in Nairobi.

"A good proportion of residents in Nairobi county has stopped going to work and recreation areas. However, they are still moving within their estates and with the disease already present, it will continue to spread," he says.

Dr Ayah is the director of the Science and Technology Park at the University of Nairobi.

IS KENYA FLATTENING THE CURVE?

Dr Mark Nanyingi, an infectious disease epidemiologist, says the coronavirus curve in Kenya is bending but not flattening.

Flattening the curve refers to measures that keep the daily number of disease cases low at a manageable level for health facilities.

"We are yet to flatten the curve and restricted movement is necessary. We are at the tip of the iceberg in testing," he says.

However, Dr Nanyingi is against mass testing saying it is impractical and economically unjustifiable.

"Targeted testing should focus on persons at highest risk by occupation, that is healthcare workers, boda bodas, matatu, truck and taxi drivers, laboratorians and couriers," he says.

Dr Ahmed Kalebi, a leading pathologist and CEO of Lancet Kenya Laboratories, says the situation in Kenya will be clearer in the coming two to three weeks.

All these countries surged at between 45 to 55 days.

"Our trajectory can go whichever way. In the coming 10-20 days, we’ll know whether hell breaks loose in Kenya or we dodge the bullet," he says.

Post a comment
WATCH: The latest videos from the Star
by JOHN MUCHANGI Science Editor
News
21 April 2020 - 06:00
Read The E-Paper