Globally, cops more likely to kill themselves than die in the line of duty. 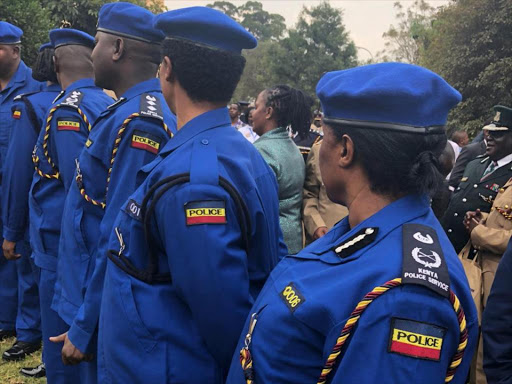 However, beneath their uniform often lies misery that leads some to taking their own lives.

A study by Addiction Center shows globally, police officers are more likely to take their own lives than to die in the line of duty.

"Police officers are at a higher risk of suicide than any other profession. In fact, suicide is so prevalent in the profession that the number of police officers who died by suicide is more than triple that of officers who were fatally injured in the line of duty," the September 2019 report based on US statistics says.

The researchers attributed these statistics to the "unique combination of easy access to deadly weapons, intense stress, and human devastation that police are exposed to on a daily basis".

Kenya is not any different. Through the years, the number of officers committing suicide has been on the rise, necessitating the introduction of counselling in the National Police Service.

After serving in the Kenya Police Service for about seven years, Rodgers Arusei picked up his firearm, aimed at his chest and pulled the trigger.

The 32-year-old officer had walked into Nyamarambe police station in Gucha South, Kisii county, where he was posted, at 6am on February 25.

Thirty minutes later, he lay dead at the reporting desk, a bullet in his chest, his blood splattered on the wall.

“Scenes of dead people are part of our work. But it feels different when it is someone you know, someone you were with a few minutes ago,” David Sang’, a police officer, says.

To address the problem of trauma the NPS on Tuesday launched a programme to create awareness and educate officers on stress and trauma management through psycho-education.

The programme called Muamko Mpya-Healing the Uniform Initiative seeks to reach officers exposed to stressful and traumatic situations to build their physical, spiritual and psychological well-being.

A Chaplaincy and Counselling Unit will be set up for that purpose.

The launch was officiated by the Inspector General of Police's principal assistant, Munga Nyale.

He said the programme is crucial to "reawaken the inner healer in each officer so that they can return to balance and psychological health during stormy times".

“The accumulation of these events leads to vicarious trauma and eventually post-traumatic stress disorder, if not addressed,” Munga said.

The programme, supported by the US and the UK governments, hopes to create safe spaces in police stations, offices, camps, colleges, and communities.

This will enhance peer-to-peer support for officers to feel safe enough and dignified to share their stories and experiences of stress, anguish and trauma in a confidential and non-judgemental environment.

“This document programme, which is informed by feedback from police in all the 47 counties, provides tools and frameworks that increase informed choices to ensure stress and trauma that officers experience do not feed into the cycle of violence,”  Nyale said.

About 500 uniformed and non-uniformed officers have so far been trained on aspects of stress and trauma awareness, identity, relationships, resilience, healing and transformation under the pilot programme sponsored by Green String Network NGO.