County is now free of desert locusts after several weeks of intervention.

• County officers on the ground will maintain vigilance so nymphs don't reemerge.

• Oly five per cent of vegetation cover in the affected areas was destroyed.

by KURGAT MARINDANY Correspondent
sponsored by THE STAR KENYA None
News
26 February 2020 - 23:00 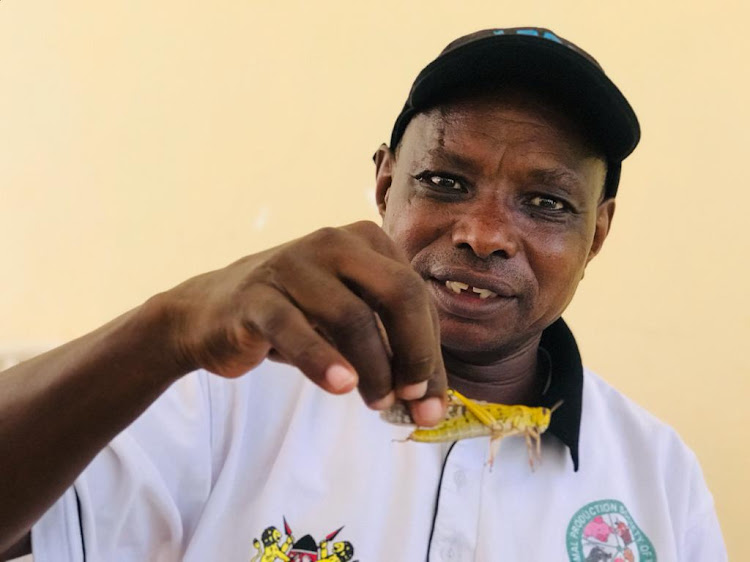 The desert locusts that had invaded Kajiado earlier this month have been subdued and driven out of the county.

This is according to Agriculture executive Jackeline Koin. She said on Wednesday the mitigation measures employed by the county's technical team worked.

Koin said the county prepared well before the invasion, which would have caused massive destruction of crops and vegetation. She said the desert locusts, which were mature and at the egg-laying stage, have since migrated to unknown areas outside the county.

"Our officers on the ground will maintain close vigilance on the affected areas to see if the nymphs will reemerge for ground spraying to be effected immediately."

She added that less than five per cent of vegetation cover in the affected areas was destroyed by the locusts.  The swarms fed on indigenous trees known locally as Oiti, Olkirigitu, Olngarooti, Orpanti, Org’osua and Oltepesi.

Koin urged members of the public to report any new sighting of the locusts to the local administration so further action is taken. She said Kajiado has been selected among other counties that will benefit from a USAID capacity building programme on pest management.

The county minister said youths from different wards will be recruited and trained on pest management, courtesy of the county government.

"The equipment will be used to control other crop pests like armyworms, and not only the desert locust menace,” she added.

Earlier this month, Governor Joseph Lenku directed the formation of the County Pests Coordination Team to spearhead efforts towards mitigating the effects of the locusts.

The team would liaise with the inter-county coordination committee composed of neighbouring counties of Narok, Makueni, Machakos, Kitui and Taita Taveta against the threat of the locusts.

Following the directive, the county treasury procured and dispatched to the affected areas mitigation equipment, including 15 motorised sprayers, 30 knapsack sprayers and 300 litres of pesticides.

“These were used for ground mitigation efforts before aerial spraying by the State Department of Agriculture,” Koin said.

The invasion in the county was first reported on February 7 in Dalalekutuk and Matapato North, with one swarm originating from Oloibelbel. The pests later split into three swarms that flew to Pilewa, Oloomunyi and Malilima areas.  The other medium-size swarms were reported in Lele, Bissil, Meto and Ilmarba.

by KURGAT MARINDANY Correspondent
sponsored by THE STAR KENYA None
News
26 February 2020 - 23:00