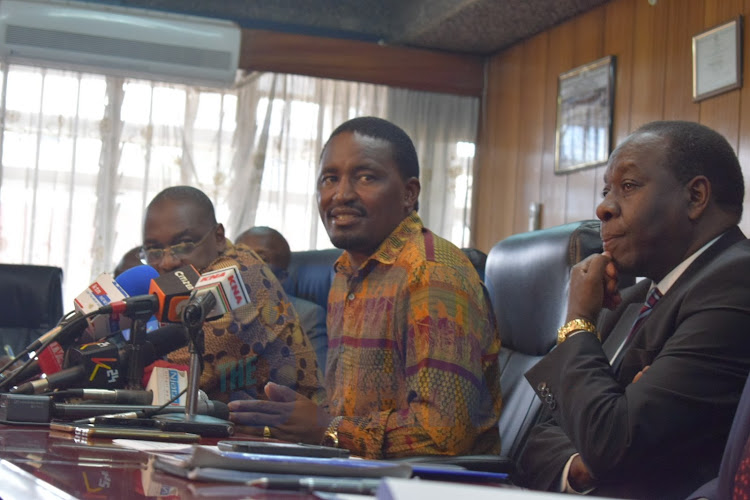 The government has said although it is making effort to eradicate desert locusts, the mission is no walk in the park.

Agriculture CS Mwangi Kiunjuri on Friday said, "Even if we are eradicating them in Kenya, others are still coming in making it so difficult for us."

The government had targeted to wipe out locusts in Northeastern within two weeks.

He said the government has distributed 4,000 litres of pesticides to counties affected by the invasion.

Speaking at Kilimo, Kiunjuri said the government has further organised an emergency training for key officers from a multi stakeholder task force, who will be deployed to the affected counties to boost on the ground and aerial control measures.

"This multi stakeholder task force is also on high alert and is monitoring the situation in Kenya as well as from the region," Kiunjuri said.

He urged residents of affected counties to remain vigilant and work with the national and county government officers on the ground to relay information that will help monitor the situation.

"We recognise that the pest invasion and potential to spread rapidly to other counties poses an unprecedented threat to food security and livelihoods in the country," the CS said.

The government further plans to acquire the third aircraft for airspraying and more chemicals by Wednesday to boost the exercise.

The CS has however dismissed reports that the desert locusts are in Meru.

Kunjuri said the government is using all efforts to eliminate the desert locusts.

The CS said fighting the locusts in not a walk on the park.

Kiunjuri said the locusts can well be fought when they are on the move which he said poses a danger to the pilots using the aircraft to spraying them.

"Even if we are eradicating them in Kenya, others are still coming in making it so difficult to us," the CS said.

Desert locusts could spread to Isiolo and Garissa, state says

The insects have so far invaded Mandera, Wajir and Marsabit counties
News
2 years ago