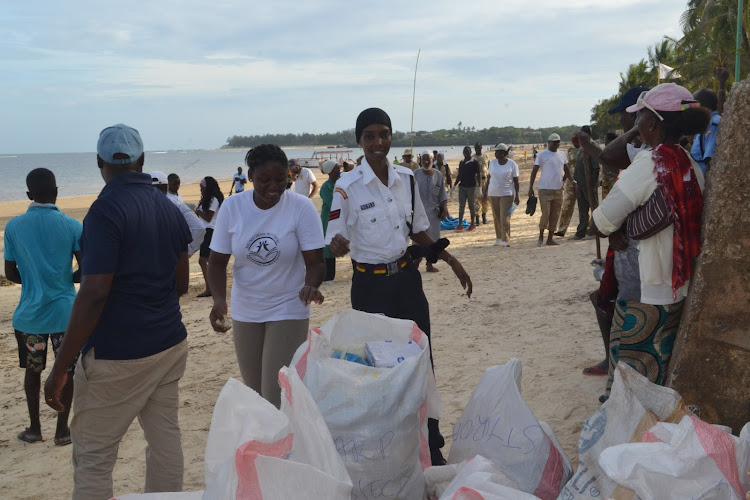 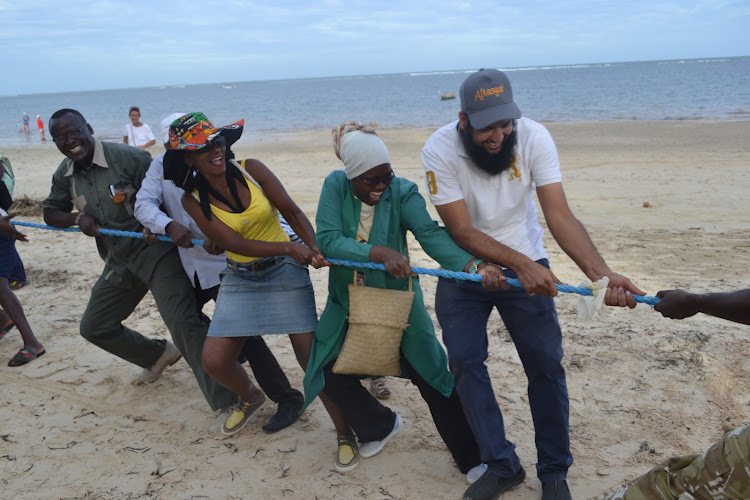 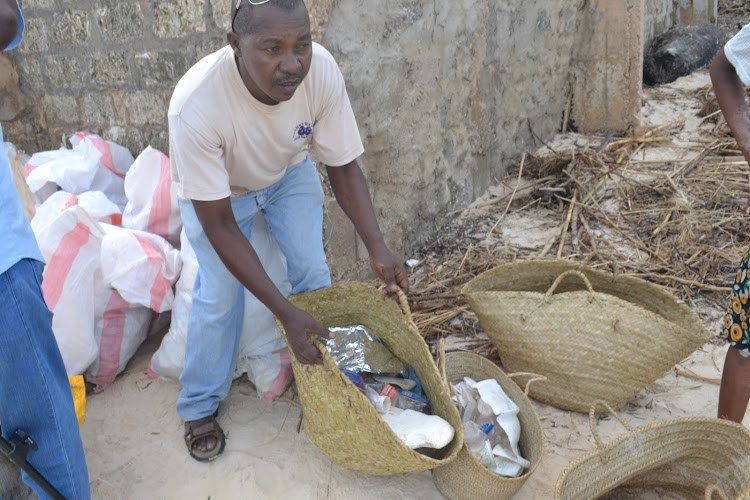 Kenya Wildlife Service on Friday postponed the Malindi Marine Park seabed cleanup  due to siltation caused by the floods along river Sabaki.

The exercise had been organized by Malindi Progressive Welfare Association, a local lobby that is at the forefront of cleaning the resort town.

MPWA cleans up of the town monthly while the marine park seabed is cleaned every six months as part of embracing the blue economy.

Underwater cleanup aims at removing all plastic waste along the marine park area.

Stakeholders ranging from KWS, beach operators, police to tourism investors turned up at the Osteria beach but only removed plastics along the shores after divers said there was no visibility.

They collected tonnes of plastic waste and debris along the beach and engaged in play.

Malindi Marine National Park and Reserve senior warden Jane Gitau said they will review the nature of the Ocean in three months to clean the seabed.

"It's an activity that we do every six months. We go to the marine park and collect the waste especially plastics. Tourists like to tour a clean environment," she said.

Gitau said it was difficult to proceed with the underwater cleanup due to siltation caused by the flooded Sabaki.

She said they planned to do it after three months as the silt will have cleared and visibility improved.