The dolutegravir-based treatment is cheaper, has fewer side effects and hardly fails 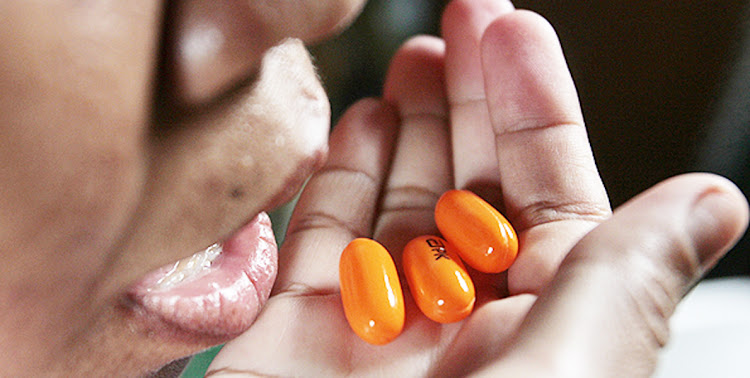 The government is phasing out a common anti-HIV drug used by 15,000 children and adolescents.

The discontinuation is being done gradually and by December, Nevirapine will no longer be used in Kenya.

The dolutegravir-based treatment is cheaper, has fewer side effects and hardly fails.

"Kenya will phase out Nevirapine by December 2019. All children and adolescents living with HIV currently on Nevirapine-based first-line should be transitioned to an optimal regimen," said Dr Masasabi in a letter to county Health CECs early this month.

Nevirapine's original manufacturer is German pharma Boehringer Ingelheim and is given as a single drug or as part of a three-drug fixed-dose combination.

Its commonest side-effects include rash, fatigue, headache, vomiting, diarrhoea, abdominal pain, and muscle pain, which go away after one month.

However, it has been associated with liver damage in some people and is registering a growing resistance in many countries.

"This rapid advice surpasses all other treatment guidelines for children and adolescents less than 15 years living with HIV who are starting treatment or are on the Nevirapine-based regimen," Dr Masasabi said in the advisory received by the Council of Governors on October 18.

Normally, people living with HIV receive pills to last up to three months, but many facilities are giving pills for shorter periods.

"What we are experiencing is not a shortage but low dosing because some facilities have not procured enough drugs from Kemsa. This is obviously inconveniencing," Nelson Otuoma said. He leads Network Empowerment of People Living with AIDS in Kenya (Nephak).

Kenya Treatment Access Movement director James Kamau said they had not observed any shortage, but they are monitoring the situation.

"The rapid change led to a shortage in some facilities followed by a quick redistribution of the drugs. But there is no crisis," Kamau said.

"In future, before such a change, the authorities should first work on supply so that facilities already have enough drugs," he added.

The change was recommended by the World Health Organisation in July this year.

All high-burden countries in sub-Saharan Africa have adopted dolutegravir-based ART as the preferred first-line regimen.

The WHO said if countries ignore the recommendation, they would be going against compelling evidence that DTG-based ART is now the best-available first-line regimen.

"DTG is a drug that is more effective, easier to take and has fewer side effects than alternative drugs that are currently used. DTG also has a high genetic barrier to developing drug resistance," the WHO said in July.

The organisation said Nevirapine-based treatment had recorded an unacceptably high failure rate and had to be changed.

"In 2019, 12 out of 18 countries surveyed by WHO reported pre-treatment drug resistance levels exceeding the recommended threshold of 10 per cent," WHO said.

The UN health agency also said there was not enough evidence that DTG causes birth defects in newborns.

"Based on new evidence assessing benefits and risks, the WHO recommends the use of the HIV drug dolutegravir (DTG) as the preferred first-line and second-line treatment for all populations, including pregnant women and those of childbearing potential," WHO said.

The President’s Emergency Plan for Aids Relief (Pepfar) has also been pushing hard to promote a transition to dolutegravir in all the countries where it funds treatment.

The DTG was originally made by American pharmaceutical Viiv, which has licensed other companies to make cheaper generics.

In Kenya, approximately 1.5 million people are living with HIV, and just over one million are on ARVs.

Kenya offers a test and treat mode where those who test positive are promptly put on treatment.

Early treatment research has confirmed that the earlier you start treatment for HIV, the better. Early treatment suppresses the virus in the blood, which prevents further damage to the immune system.

Although the immune system is unable to control (suppress) the virus without ARVs, except in rare individuals, once a person stops ARVs, the virus begins to replicate and high levels in the blood return.

At least 60 per cent of Kenyans on ARVs are women, the National Aids and STIs Control Programme shows.

The WHO first recommended DTG as an alternative first-line regimen for adults and adolescents in 2015.

But until 2017 when the first generics were introduced in Kenya, people living with HIV in the country had no access to DTG.

In June 2017, the Ministry of Health said it would initially provide DTG to 27,000 people living with HIV who are unable to tolerate the side effects of Efavirenz, the then first-line HIV drug in Kenya.

“Through this catalytic work, we are significantly reducing the time it takes for people living with HIV in countries like Kenya to access the latest ARVs on the market.”

•The drug is not recommended for women aged 15-49 because it can deform the spines of unborn babies. •But to Virginia, life has not been easy as the ...
Health
3 years ago

Women between 15 and 49 years who were on the drug were to be given Efavirenz.
News
3 years ago
Post a comment
WATCH: The latest videos from the Star
by JOHN MUCHANGI Science Editor
News
31 October 2019 - 06:00
Read The E-Paper