Police says there is laxity on the part of county administration

Ndolo said they were grappling with security challenges which could be easily fixed if Governor Mike Sonko’s administration worked closely with security agencies.

He urged the governor to re-organize the city so as to help in ensuring sanity and eventually minimize crime. 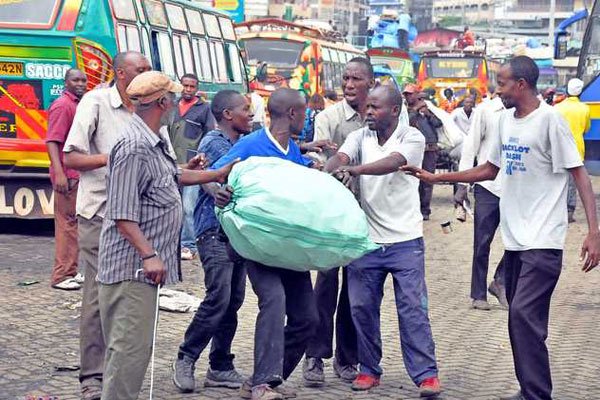 Ndolo said it is high time the Nairobi City government’s leadership step up in executing their constitutional mandate so as to help suppress crime in Nairobi.

“Some of the challenges experienced by Nairobi residents are political hence require political solutions,” Ndolo said.

He spoke to the Star in his office on Tuesday.

The police chief said they were grappling with security challenges which could be easily fixed if Governor Mike Sonko’s administration worked closely with security agencies.

He urged the governor to re-organize the city so as to help in ensuring sanity and eventually minimize crime.

These he said are all devolved functions which need to be effectively addressed by the city government.

“Hawking is rife in the city’s Central Business District, this has compromised security as traders who generously pay rent to do business get disadvantaged since they get blocked by hawkers trading in same businesses,” Ndolo said.

On-street families, the officer said police were ready to help the county government to remove them from the streets in a bid of eliminating petty crime.

“Petty crime in the CBD such as mugging cannot end with the presence of street families,” he added.

Ndolo also criticized the manner allocation of bus terminus is done in the city stating they were not done in the right way.

He noted that the county government should allocate stages so that one person does not bring in his 30 buses to occupy a stage, yet there are also other people with the same business. This he said leads to conflict hence breaching peace and security.

On bodaboda operators, the cop said they should seize using all points within the city that are not designated as their stages.

“These are the major issues that if well addressed will make the city clean, organized and more secure. These would lead to a reduction in crime and insecurity in general,” Ndolo noted.

According to Ndolo, there was laxity on the part of City administration, “They issue licenses for people to trade in gambling inside shops but they end up taking the gambling machines to places like Gikomba market, this is unacceptable.”

He revealed that there were also gangs masquerading as touts in bus stages across the city.

“We take their issue seriously because we have realized they are illegal gangs. People put on uniforms like touts with no budges, they are criminals,” Ndolo said.

Ndolo said the criminals had mutated from initial touts and taken over the stages.

“We have been arresting them for the offense of touting.”

According to the police boss, only 40 percent of bars in Nairobi were licensed by the county government while others operate without licenses.

Stating that some of the bars were operating in shanties, Ndolo said there is a need to help the city government identify such joints for proper licensing.

This he argued will not only help in the fight against crime but also making the city government raise revenue.

He said if the said issues are addressed, crime in Nairobi would reduce by 50 percent.

Ndolo said as the National Police Service, they always respond in good time anytime requested by the City government to help in the crackdown of any nature.

“County governments must work with the National Government so as to pull towards the same direction for things to move from bad to good.”