Witchcraft? Kapseret man wakes up to coffin with dead snake, cat outside house

Police went to the scene and carried away the coffin and its contents for analysis.

•The coffin containing a dead snake, an empty envelope and a dead cat was placed outside his house on what is suspected to be an act of sorcery. 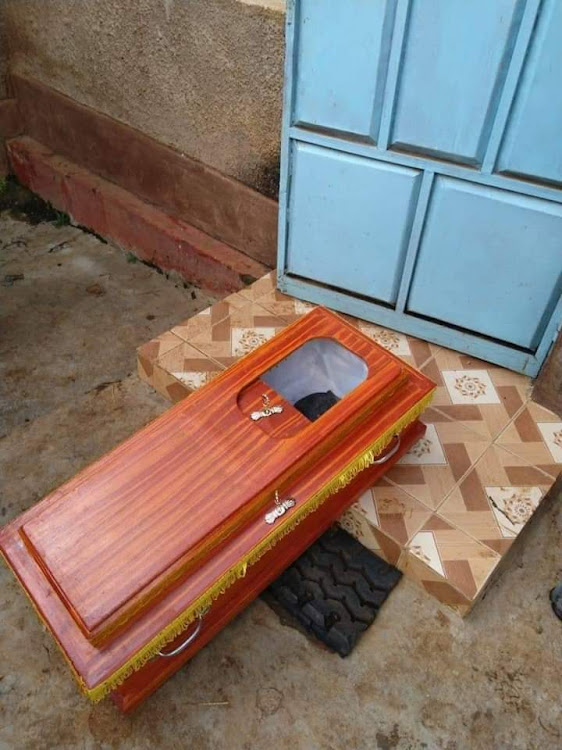 A man from Kapseret, Uasin Gishu county, woke up to a rude shock when he opened his door to find a coffin placed outside his door.

Meshack Nyambati reported the incident to Kiambaa police station, adding that  upon opening the coffin, he found a dead snake, an empty envelope, a dead cat and the carcass of a squirrel in what is suspected to be an act of witchcraft.

Police went to the scene and carried away the coffin and its contents for  analysis. 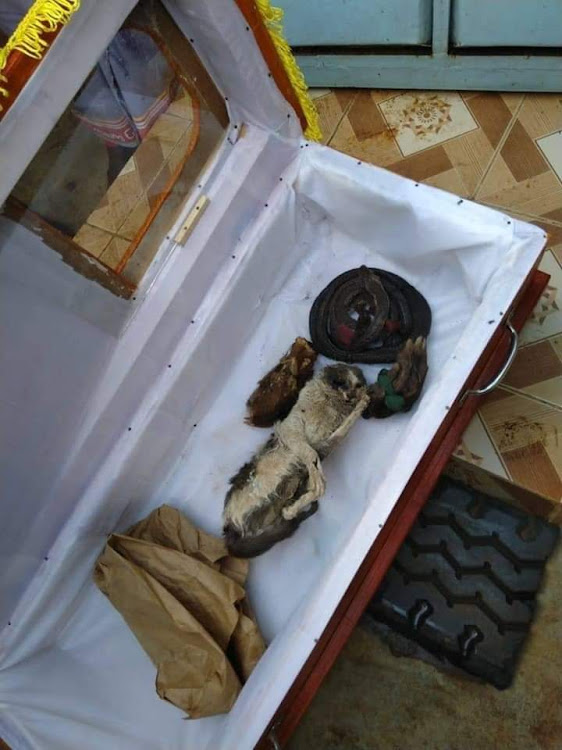 The contents of the coffin found outside Meshack's house.
Image: COURTESY

Investigations are underway to establish the motive.

Nyambati lives in Outspan area, about a kilometre away from the police station.