Each of the counties will construct at least 2,000 houses

• Housing deficit stands at 2 million and continues to grow at 200,000 units a year. 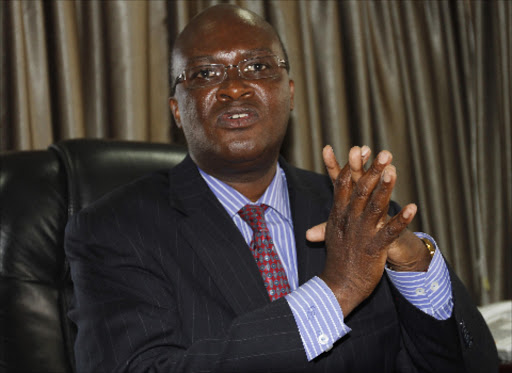 The government has signed a memorandum of understanding with 26 counties to build affordable housing for Kenyans.

Each of the counties will construct at least 2,000 housing units

The remarks were in a speech read on the CS's behalf by Housing PS Charles Hinga during a two-day summit on affordable housing.

The forum in Nairobi brought together a global network of investors, developers, government officials, financial consultants, architects and technology providers.

Its objective was to identify effective and innovative affordable housing solutions for Africa and in particular Kenya.

The housing deficit in Kenya stands at 2 million and continues to grow at a rate of about 200,000 units a year, according to UN-Habitat.

UN-Habitat said there is a proliferation of informal settlements in urban areas with 61 per cent of the urban population living in slums in overcrowded homes typically with only one room and no adequate ventilation.

Macharia said Kenya is rapidly urbanising. However, the growth of urban population has not been matched by a similar pace in the development of urban housing and infrastructure.

"This has resulted into a backlog of about 2 million houses," he said.

Kenya’s estimated annual urban housing demand is 250,000 units against an annual urban supply of 50,000, which mostly targets the high-end market.

"Arising from these challenges, slums and informal settlements have proliferated in our urban and peri-urban areas across Kenya," Macharia said.

The government under its Big Four agenda wants to construct 500,000 affordable housing units by 2022.

Under the programme, the government is working on end-user financing and will be offering various purchase options including outright cash sales, tenant purchase (rent-to-own), and subsidised mortgages.

The government anticipates the housing developments will be attractive to members of co-operatives and employer-employee facilitated housing; among others.

County governments, the private sector, housing cooperatives, landowners and financiers among others have been roped in.

Components of the programme include mobilisation of affordable housing finance; land identification and registration; provision of supporting infrastructure; tapping of innovative construction technologies and materials.

Macharia cited the development of guidelines framework and identification of public land for the projects in Nairobi which include Park Road, Starehe, Shauri Moyo and Mavoko as milestones.

Slum upgrading and improvement of informal settlements which include Kibera, Marigu-ini and Kiambiu have also been identified, he said.

"Our first project to develop 1,370 units at Park Road is ongoing and the first phase comprising 288 units will be completed in November this year,"he said.

Macharia said MoUs have been signed with three jua kali cohorts that will provide doors, hinges and balustrades for the Project as a way of growing the informal sector.

The government has proposed Housing Fund regulations, which will enhance contributions towards the fund and act as a vehicle to mobilise resources for the project.

Macharia said  various incentives and legislation have been established to facilitate both developers and future homeowners.

These include the stamp duty for first time home buyers having been zero-rated vide the Finance Act of 2018, thereby, reducing the burden of homebuyers.

"Other incentives include lower income tax rates for developers who are delivering 100 units or more, lower taxation on housing bonds at 10 percent provided interest shall not exceed Sh 300,000, and consideration for approvals such as the. NEMA and NCA levies which have been scrapped,"he said.

He said the project will double the contributions to GDP by the construction sector from 7 to 14 percent by 2022.

"We also anticipate the creation of some 350,000 direct and indirect jobs. For every USD 1 invested into the Program, we estimate that between USD 1.5 and USD 3 will be injected into the economy," he said.

City might lose in housing deals with developers, MCAs caution

Nairobi MCAs have raised the red flag over the legality of contracts signed between City Hall and private developers of the urban renewal housing ...
Counties
3 years ago
by GILBERT KOECH News Reporter
News
27 June 2019 - 00:00