War on malaria to get Sh62 billion

•USAID will contribute Sh2.5 billion, says malaria was once widespread in the US but has been eliminated. 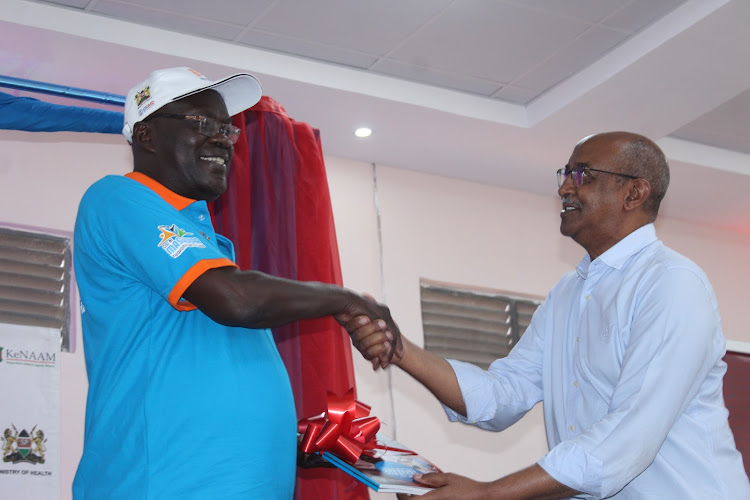 The government will spend Sh62 billion to fight malaria over five years in the eight worst-affected counties.

The sums and strategy were announced on Thursday, World Malaria Day, in Siaya.

“We have been giving priority to the distribution of nets, spraying and bush-clearing as a strategy to eliminate malaria," Amanda said.

"But going forward we will attack the insects at the larval stage and use the new vaccine.:

The world's first malaria vaccine for small children has been successfully piloted in Malawi. It will also be piloted in Kenya and
Gana.

It requires four doses and is 4 per cent effective against most cases, 30 per cent against the most severe cases.

Amanda said the malaria vaccine trial had been carried out in Siaya and will be formally launched in two or three months. He said it will help eliminate malaria among children aged five years and below.

It is to be used along with other approaches, including treated bednets and indoor spraying.

He said the goal is to reduce malaria deaths and the spread of malaria from 27 to 6 per cent.

“We will engage in the war against malaria by embracing a multi-sectoral approach and use all means possible," the CAS said.

He said counties should invest heavily in their health departments.

Amanda was accompanied by USAID deputy mission director for East Africa Patrick Wilson. He said the US was committed to helping eradicate malaria and would contribute Sh3.5 billion.

“It’s regrettable that 53 years after Independence 70 per cent of Kenyans are still at risk of contracting malaria,” Wilson said.

He promised that the vision of a malaria-free county is achievable, saying there used to be malaria in the United States but it has been eliminated.

“Even in Washington, DC, areas that were heavily infected by malaria were eradicated within a short time. The US government will not tire to pump resources towards eliminating it in Kenya," Wilson said.

He urged Kenya to measure its successes and problems to see where it can be improved. It must be self-sustaining, he said.

He said some people fail to use of mosquitos to protect themselves and instead use them as fish nets.