Says it requires a lot of digging, hence will be completed end of September not July

•Motorists advised to use alternative routes 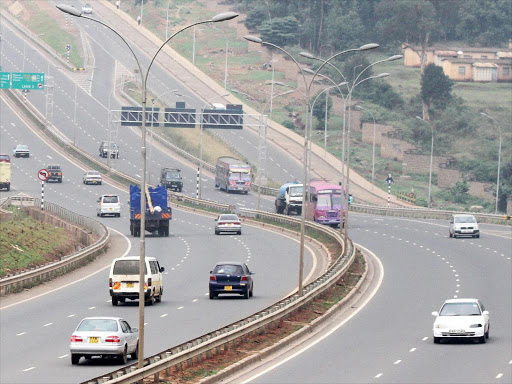 The construction of an overpass at GSU headquarters on Thika Superhighway is under way but the completion has been extended by three months.

Kenya Urban Roads Authority said the project, which was initially scheduled to be complete by July 18, has been pushed to end of September as construction requires deep digging.

Kura communications director John Cheboi yesterday told the Star on phone that contractors have already started picking up sections where to put up pillars.

“Areas where the pillars exist will have a switch on the express bus line into other lanes before proceeding as was planned,” he said.

The overpass aims to ease traffic congestion along the busy Thika Superhighway. Excavators have been on the ground since Easter Monday.

Cheboi said after the pillars are completed and the overpass erected, it will take a month for the road to curve.

He advised motorists to use alternative routes during the construction period.

Thika-bound traffic from Outering Road will use the right-hand side service road of Thika Superhighway and turn right on the underpass at Survey of Kenya.

Airport-bound traffic from Thika Superhighway through Outering Road will take the service all the way to Garden City overpass then turn right and drive back to access Outering Road.

Traffic coming from the Outering Road and want to drive back to the road will drive up to Survey of Kenya underpass then turn right and drive back.

Cheboi confirmed that the construction has not interfered with the traffic flow nor have they encountered any challenges so far.

“I’m happy to say that everything is moving on swiftly and it has improved since motorists started using alternative routes,” he said.

A drive on the highway, however, shows the allowance only exists on certain sections of the road and is missing in others.

The pillars that will separate the BRT lane from the main highway will sit in the middle of the nine-metre dual carriageway at various points.